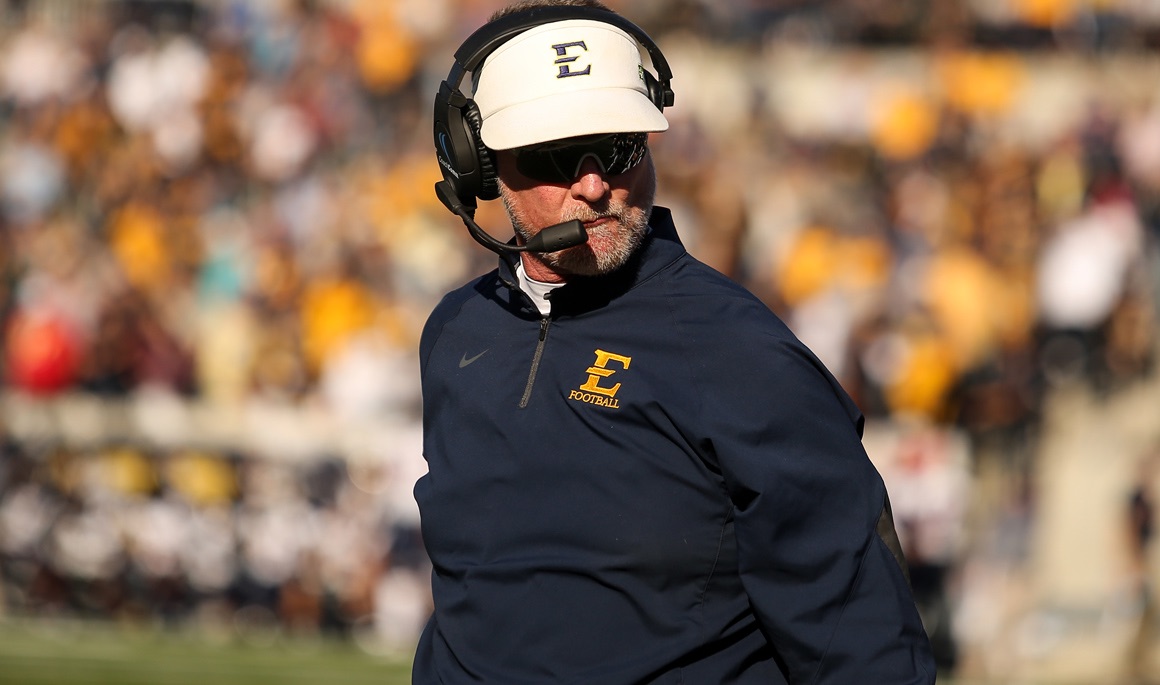 JOHNSON CITY, Tenn. (June 20, 2019) – ETSU Football Head Coach Randy Sanders has been tabbed as the featured speaker at the 2019 Greene County Sports Council Luncheon on July 16 at Trinity United Methodist Church from 11:30 a.m. – 1 p.m. Consumer Credit Union is the title sponsor for the luncheon, and tables as well as individual tickets are on sale now!

In the 2019 season under Sanders’ guidance, the Buccaneers finished with an 8-4 worksheet and advanced to the FCS Playoffs for only the second time in school history before losing in the first round to Jacksonville State. Sanders was also tabbed as the Eddie Robinson Award recipient for FCS Coach of the Year in addition to the Wallace Wade Coach of the Year by the Southern Conference.

“The Sports Council is excited to host Coach Randy Sanders at the 2019 annual luncheon”, stated Chad Mitchel, ticket chair and member of the Council. “It is our mission to serve as a catalyst to enhance local economic and community growth through the promotion and development of tourism and sporting events in Greeneville/Greene County, TN. The dollars raised from this luncheon fund our advertising efforts to groups such as the National Junior College Athletic Assoc. and other sports groups seeking host communities for their championships.”