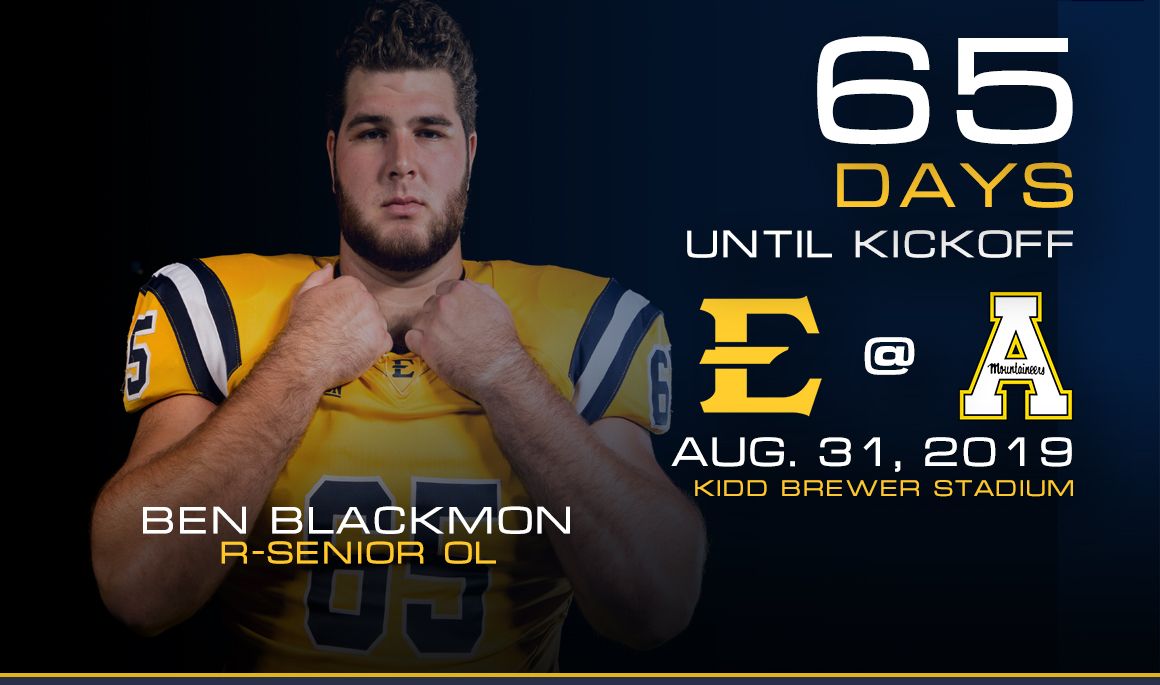 JOHNSON CITY, Tenn. (June 27, 2019) – As ETSU anticipates the kickoff of the new campaign, ETSUBucs.com continues to count down the days by featuring the program’s 15 seniors on the site and via social media platforms throughout the summer months.

Today marks 65 days until the Bucs open the season at Appalachian State on Aug. 31 at Kidd Brewer Stadium in Boone, N.C. Redshirt-senior offensive lineman No. 65 Ben Blackmon (Newberry, S.C.) is the sixth player to be featured in the Senior Segment.

Blackmon is gearing up for his fifth and final season garnering the Blue & Gold uniform. The South Carolina product started all 12 games a season ago, aiding the Bucs in eclipsing 100 yards rushing in nine of the 12 games played, including four games of over 200 yards on the ground. Following a season-ending injury his freshman season, Blackmon has started in 34 consecutive games. The redshirt senior has also excelled in the classroom for the Bucs, appearing on the Southern Conference Academic Honor Roll in each of his four seasons thus far.

For more information concerning ticket pricing, seat locations or for any general questions about the ticket renewal system, please call (423) 439-3878.