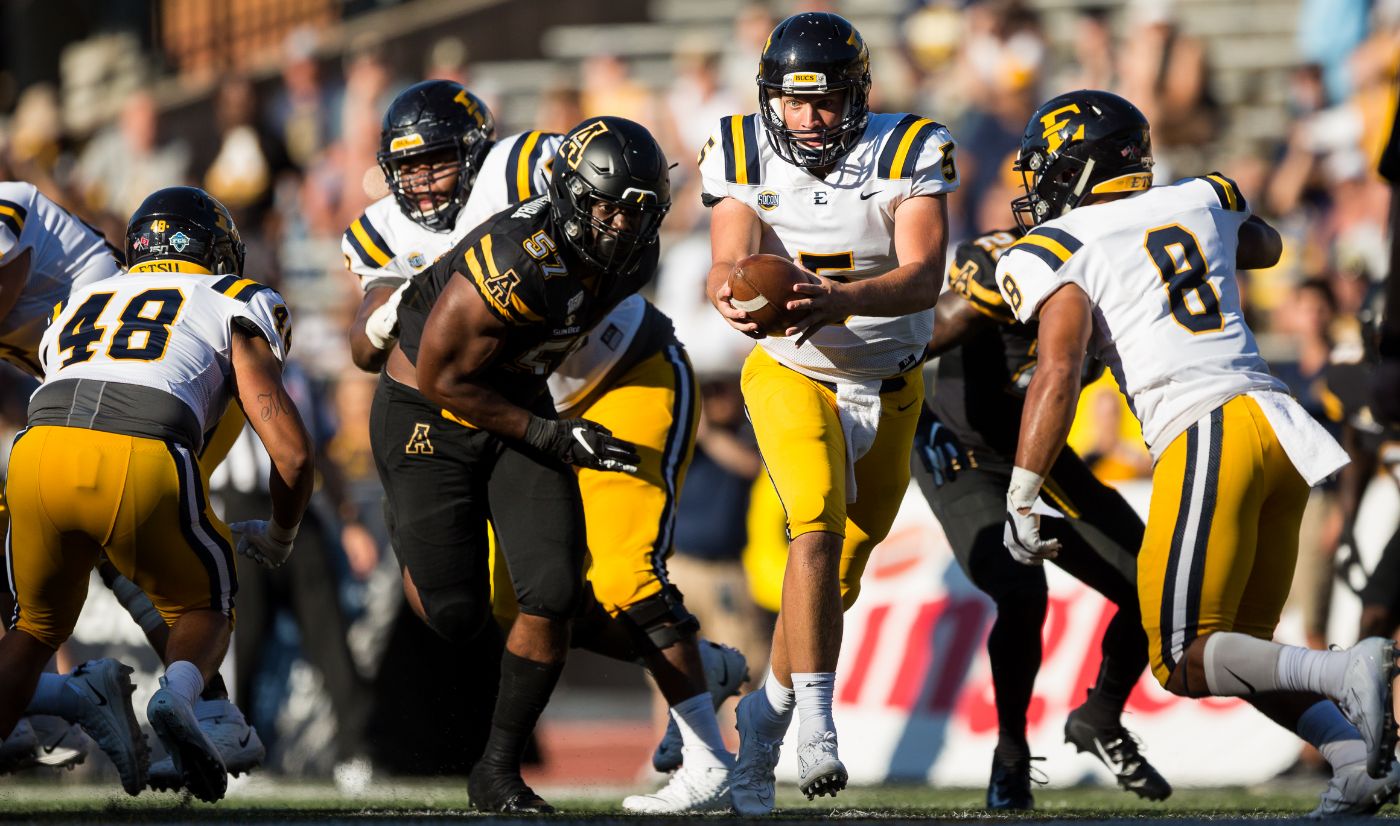 The Mountaineers struck first in the fourth possession of the game following a 1-yard touchdown run from Zac Thomas. Appalachian State doubled its lead to 14-0 following a momentum-changing penalty on third down from the ETSU defense.

Appalachian State punched in a third unanswered scoring drive to open the second half with a 13-yard sprint from Darrynton Evans to push the Mountaineers ahead 21-0.

The Bucs strung together the longest touchdown drive of the game from either side on their next possession, completing a 12-play, 86-yard drive that lasted 6:56. The drive was sparked by the connection between quarterback Trey Mitchell (Knoxville, Tenn.) and wide receiver Braxton Richburg (Hoschton, Ga.) as Mitchell found Richburg three times for 47 yards. Mitchell capped off the drive with his first collegiate touchdown pass, finding Nate Adkins (Knoxville, Tenn.) in the back of the endzone for a five-yard touchdown reception, his second of his career.

The Mountaineers pulled away on the next drive, stretching the lead back to 21 before the conclusion of the third quarter. Appalachian State solidified the rekindled rivalry after registering two more touchdowns in the final quarter to put a final stamp on the 42-7 Mountaineer victory.

ETSU falls to 0-1 to open the season, snapping a three-game winning streak in season openers since the return of the program in 2015. ETSU is now 1-4 in the first road game of the season since bringing football back to Johnson City, Tenn.

NEXT GAME UP
ETSU will return to Johnson City for a three-game home stand, beginning with the home opener against Shorter on Saturday, Sept. 7 at William B. Greene, Jr. Stadium. Kickoff for the Bucs’ home opener is scheduled for 7:30 p.m.