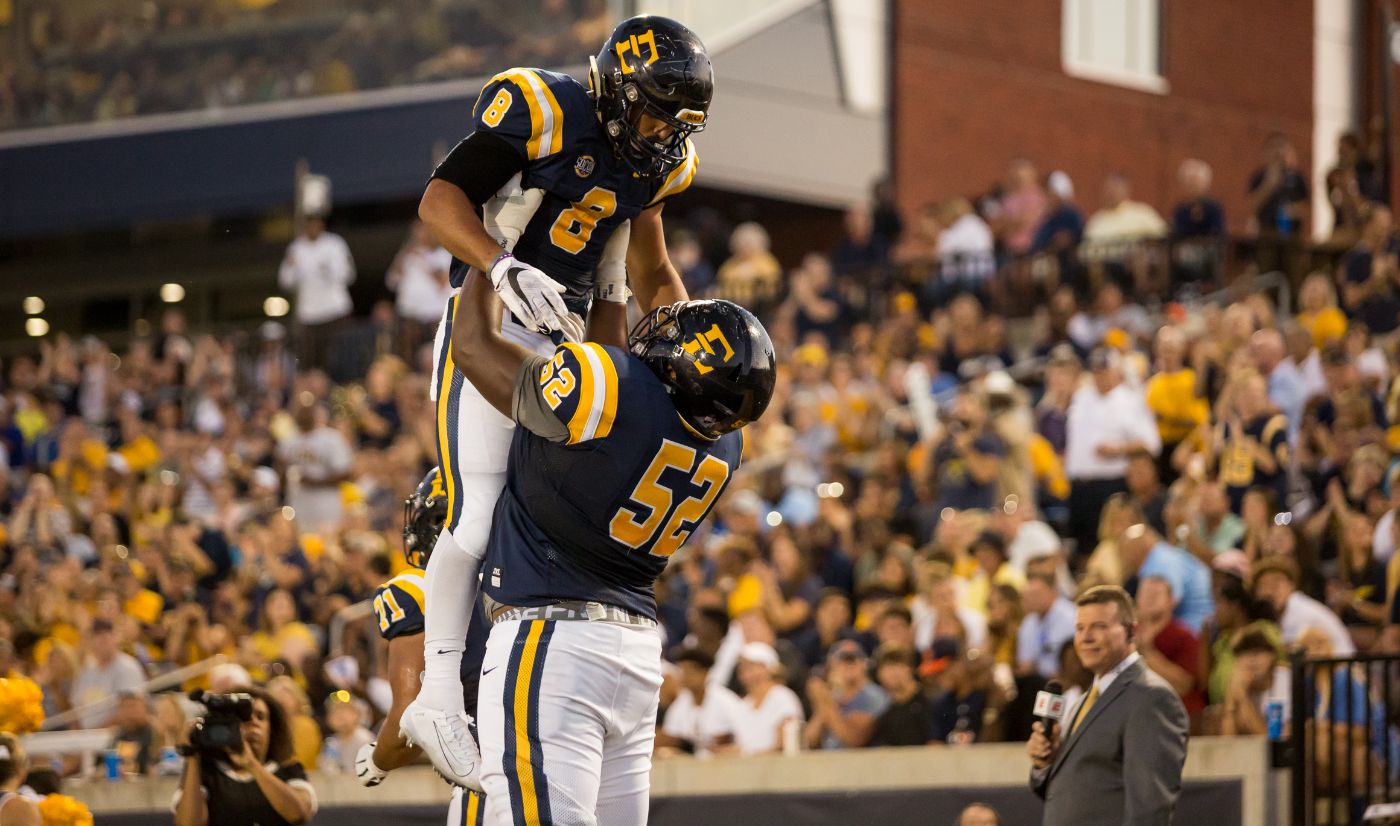 Bucs score most points since resurgence of football in 2015

JOHNSON CITY, Tenn. (Sept. 7, 2019) – The ETSU Buccaneers put on an offensive display in front of the home faithful on Saturday night at William B. Greene, Jr. Stadium in the 2019 home opener. The Bucs poured on 48 points, the most points since the resurgence of football in 2015 and the most since scoring 68 against Chattanooga on Nov. 15, 2003.

ETSU tallied 491 total yards of offense, including 248 yards on the ground and 243 in the air. The Buccaneers got the job done on the defensive front as well, yielding just 163 yards (62 rushing).

The Bucs scored on their first four possessions of the game, taking the commanding 25-0 lead before yielding a field goal as time expired in the first half. ETSU then scored 23 unanswered points for the 48-3 lead, including a safety recorded by Austin Rowan (Knoxville, Tenn.).

Shorter punched in its lone touchdown of the game with 1:30 remaining in the game as John Dietl III caught an eight-yard touchdown pass from Aeneas Dennis.

The Bucs improve to 1-1 on the season including 22-8 in home openers as an affiliated member of the Southern Conference. ETSU also improves to 19-19-1 in first-ever meetings with an opponent.

NEXT GAME UP
ETSU will open its Southern Conference slate on Saturday, Sept. 14 when the Blue & Gold welcome VMI into Johnson City, Tenn. Kickoff is slated for 7:30 p.m.