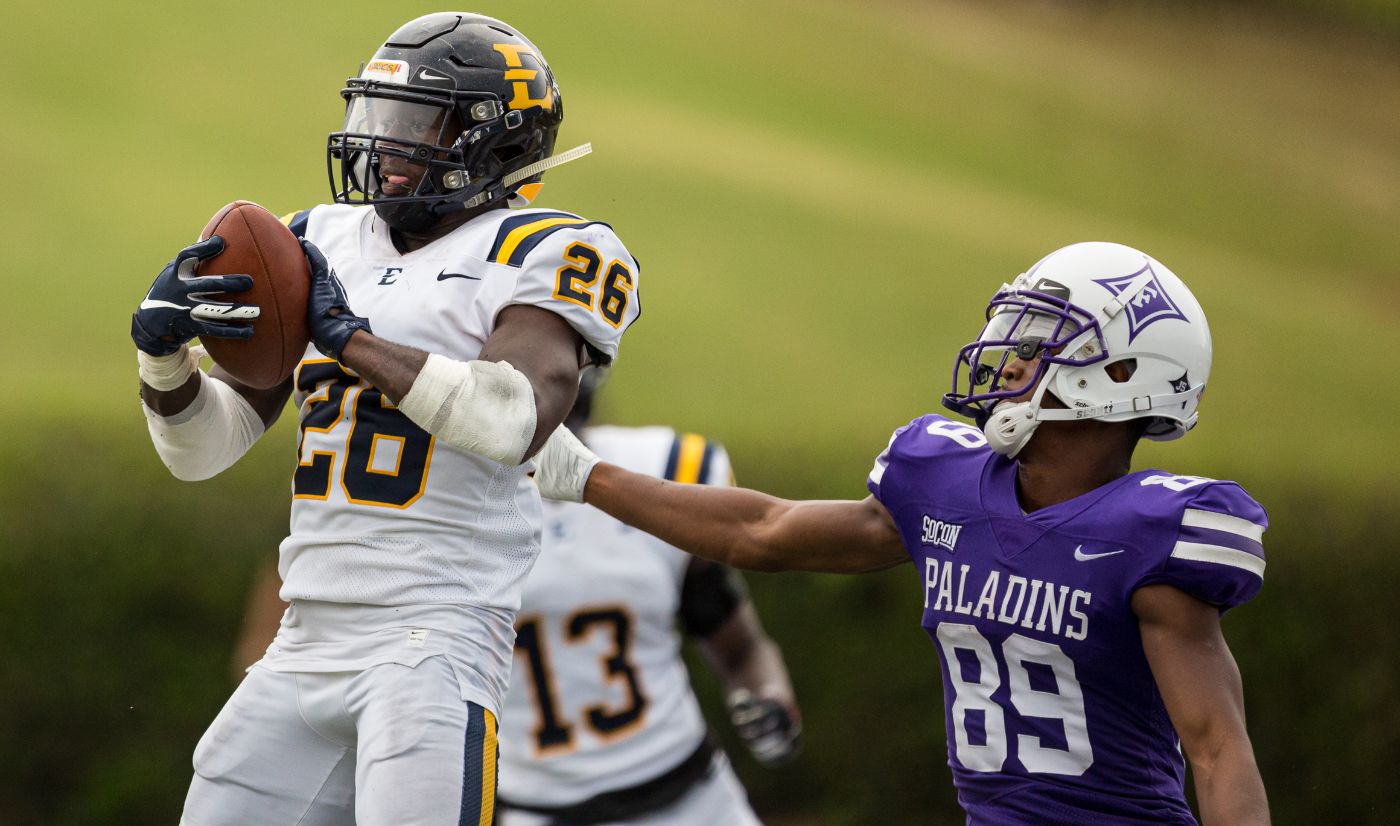 Furman jumped on the board in its second possession of the game with a 15-yard touchdown reception by Ryan DeLuca from Darren Grainger. The Paladins carried the 7-0 lead until 13:18 left in the second quarter when Grayson Atkins connected on a 28-yard field goal to extend the lead to 10.

Cameron Lewis (McDonough, Ga.) scored the Bucs’ only touchdown of the game in the second quarter with a 6-yard touchdown scramble to pull ETSU within 10-7. The touchdown was set up by an Artevius Smith (Birmingham, Ala.) hit that jarred the ball loose for Jason Maduafokwa (Seymour, Tenn.) to recover his third career fumble.

The Bucs knotted the game up at 10-10 with just under six minutes in the third quarter as Tyler Keltner (Tallahassee, Fla.) buried a 34-yard field goal, his third consecutive make since his miss against VMI.

The Paladins notched the final score of the game in the first play of the fourth quarter with a 1-yard touchdown push from Devin Wynn to lift Furman to the 17-10 victory.

NEXT GAME UP
The Bucs will return home on Saturday, Oct. 5 for their only home game in the month of October. ETSU will host Wofford at 3:30 p.m. at William B. Greene, Jr. Stadium in a BLUE OUT.