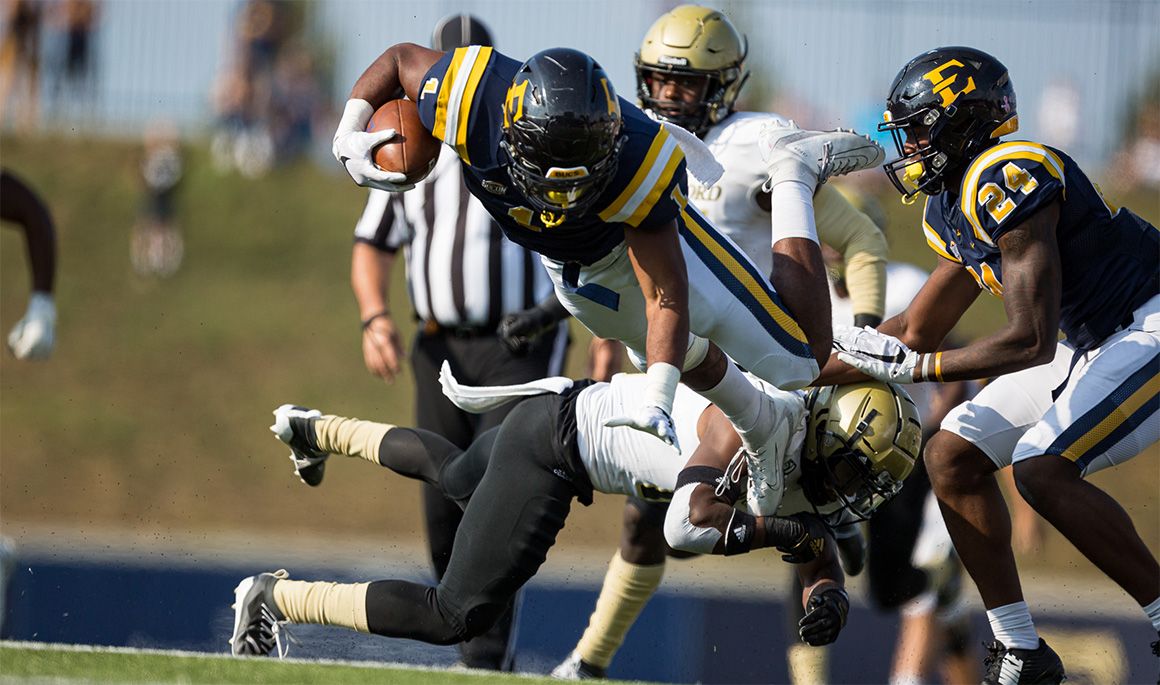 Early Deficit too much for Bucs
Wofford at ETSU | October 05, 2019
Related Links

Bucs fall in 25-point first half hole to visiting Terriers

Wofford’s quarterback Joe Newman rushed for four touchdowns in the first half, all on four consecutive drives to account for 28 first-half points for the Terriers.

ETSU’s only response in the opening 30 minutes came via Tyler Keltner’s (Tallahassee, Fla.) 27-yard field goal to trim the deficit to 14-3. The Terriers scored 14 unanswered points to take the commanding 25-point first-half lead.

The Buccaneers responded well out of the locker room in the second half, scoring 14 unanswered points of their own to trim the deficit to 28-17. ETSU’s first strike was a 2-yard touchdown run by Quay Holmes (Powder Springs, Ga.) to account for the Bucs’ first touchdown of the game. The second ETSU touchdown arrived just 37 seconds into the fourth quarter as Trey Mitchell (Knoxville, Tenn.) escaped a would-be sack to find Holmes wide open in the endzone for a 26-yard touchdown throw, his first touchdown pass in three games.

After the Bucs forced a three-and-out on the next drive to get the ball back, the offense stalled, having to punt the ball back to the Terriers following a three-and-out of their own. Wofford would go on to put the game away with a 15-play, 92-yard drive that ate up 7:47 in the final quarter to take the 35-17 lead following Miller Mosley’s 4-yard touchdown.