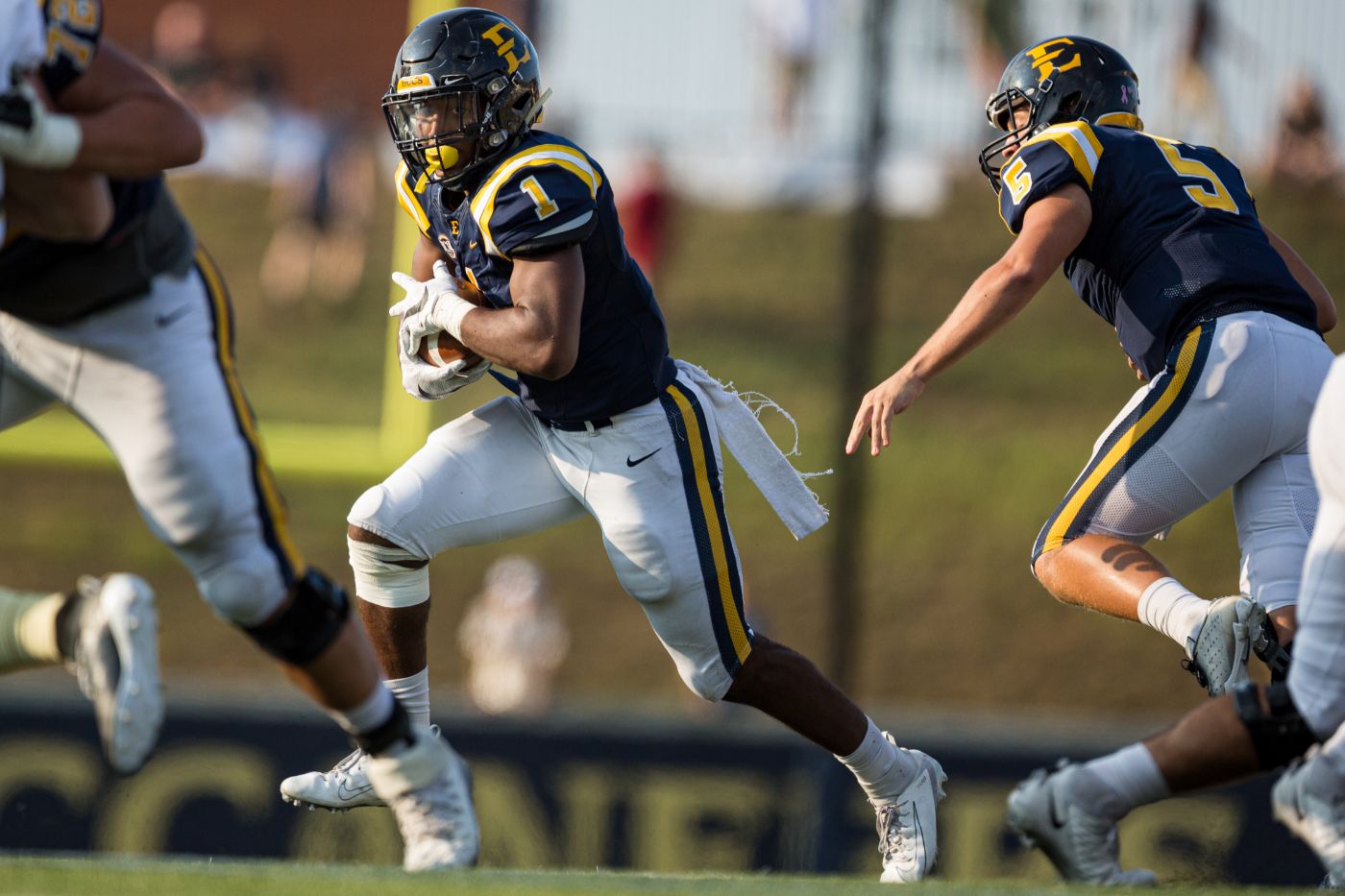 BIRMINGHAM, Ala. (Oct. 26, 2019) – The ETSU Buccaneers football team fell victim to weather and three turnovers as ETSU suffered a 24-17 loss at Samford on Saturday afternoon in Birmingham, Ala. With the loss, ETSU falls to 2-6 on the season and 0-5 in Southern Conference action, while the Bulldogs improved to 4-4 on the season and 3-2 in league play.

Samford jumped on the board first with an 8-play, 46-yard drive following an ETSU interception. The Bulldogs started the drive on the ETSU 46 and punched the ball in with a Jay Stanton 2-yard scamper for the early 7-0 advantage.

The ETSU offense woke up in the second quarter, outgaining Samford 154-54, while also outscoring the Bulldogs 14-0. The Bucs hopped on the scoreboard following a Trey Mitchell (Knoxville, Tenn.) touchdown pass to Jawan Martin (Decatur, Tenn.). Martin’s touchdown reception was set up by the previous play, a 44-yard trick play pass from Malik McGue (Johnson City, Tenn.) to Braxton Richburg (Hoschton, Ga.). Martin’s touchdown reception was the second of his career as it knotted the game at seven apiece.

The Bucs took the 14-7 lead near the end of the first half after Mitchell punched in a 1-yard quarterback sneak, his first career rushing touchdown. Mitchell’s touchdown capped off a 6-play, 64-yard drive that was highlighted by 54 yards on the ground from Quay Holmes (Powder Springs, Ga.). Holmes nearly crossed the plane himself with a 41 carry down to the Samford three, breaking a plethora of tackles before being pushed out. Two plays later, Mitchell put the Bucs on top after calling his own number.

The Bulldogs flipped the script on the Bucs in the third quarter, scoring 10 unanswered points of their own and outgaining the Blue & Gold, 135-18. Samford drove down the field on the opening drive of the second half before having to settle for a field goal to cut the ETSU lead to 14-10. Samford took the lead on its third drive of the second half as Chris Oladokun found Michael Vice for a three-yard touchdown pass for the 17-14 advantage. On the Bulldogs’ touchdown drive, Oladukon was responsible for 36 of Samford’s 43 yards.

ETSU drew even in the fourth quarter thanks to a 15-play, 62-yard drive that was capped off by a 30-yard field goal from Tyler Keltner (Tallahassee, Fla.). The Buccaneer field goal was set up by four straight completions by Mitchell for 44 yards, including a 21-yard dime to Keith Coffee (Miami, Fla.) to made defenders miss in order to get inside the redzone.

Samford scored on the ensuing drive to take the lead for good as Jocquet Jiles scored on a 1-yard rush up the middle to cap an 8-play, 54-yard drive with 6:17 remaining in the game. Trailing 24-17, the Bucs were unable to come away with points on their final two drives, first recording a three-and-out followed by a fumble on the final drive of the game.

NEXT GAME UP
The Bucs will be back in action on Saturday, Nov. 2 when ETSU welcomes The Citadel into Johnson City, Tenn. The showdown will serve as Homecoming and will be kicked off at 3:30 p.m. inside William B. Greene, Jr. Stadium.