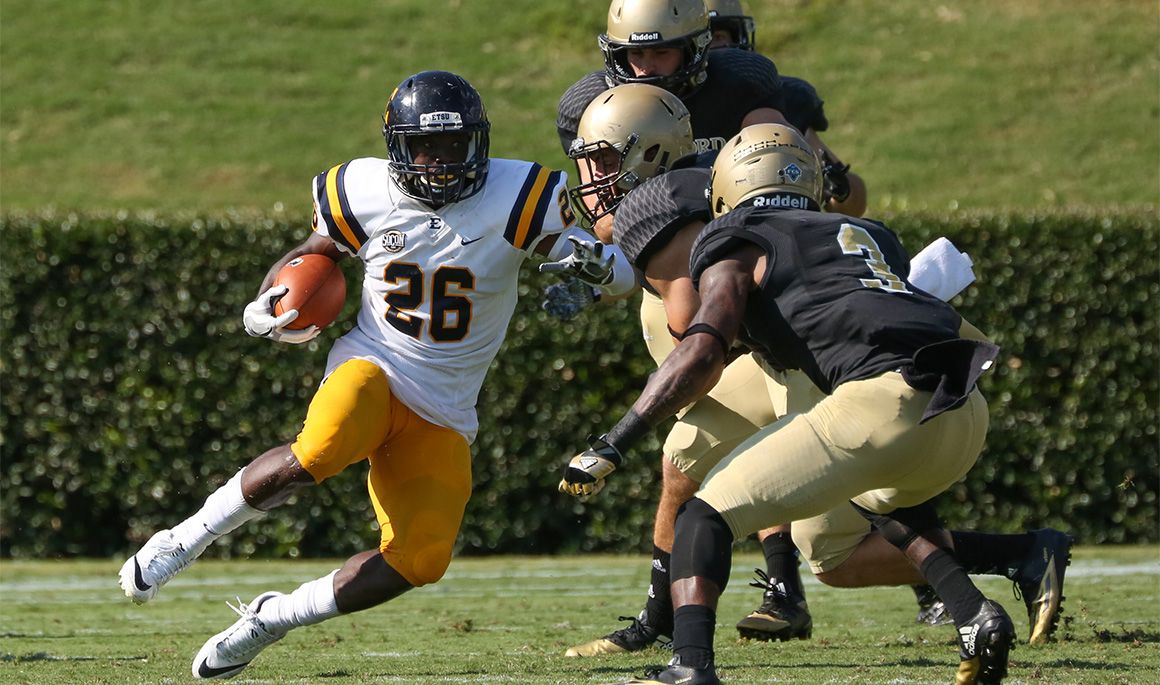 CHICAGO, Ill. (Nov. 7, 2019) – ETSU’s redshirt-senior defensive back Artevius Smith (Birmingham, Ala.) was named to the STATS FCS Buck Buchanan Award watch list, which was announced by the selection committee on Thursday.

Smith has been a one-man wrecking crew in the secondary for the Bucs this season, wrapping up 66 tackles and pulling in four interceptions on the season. The Alabama native has also forced one fumble and broken up four passes through the first nine games this season. The redshirt-senior ranks 11th in the Southern Conference in tackles per game (7.3), while his four interceptions lead the league.

Smith has twice been named SoCon Defensive Player of the Week for his performances against Furman and Samford. Smith finished with just five tackles against the Paladins on Sept. 28, but was able to come down with his second interceptions in as many games, while also lodging a ball loose for his only forced fumble this season. Smith was later a recipient of the award for the second time this season for 10 tackles and one interception at Samford on Oct. 26.

Smith has recorded double-digit tackles twice this season, earning a career-best 11 tackles against Appalachian State in the season opener on Aug. 31. The Alabama native has recorded five-or-more tackles in eight of the nine games this season. In the last four games, Smith has accumulated 36 tackles, averaging 9.0 per game.

Smith was one of 16 players to join the watch list in the midseason evaluation and joins teammates Nasir Player (Columbia, S.C.) and Tyree Robinson (Gainesville, Ga.) who started the season on the watch list.

A national panel of over 150 sports information and media relations directors, broadcasters, writers and other dignitaries will select the Buchanan winner following the regular season. Past recipients include Dexter Coakley, Rashean Mathis, Jared Allen and Arthur Moats.