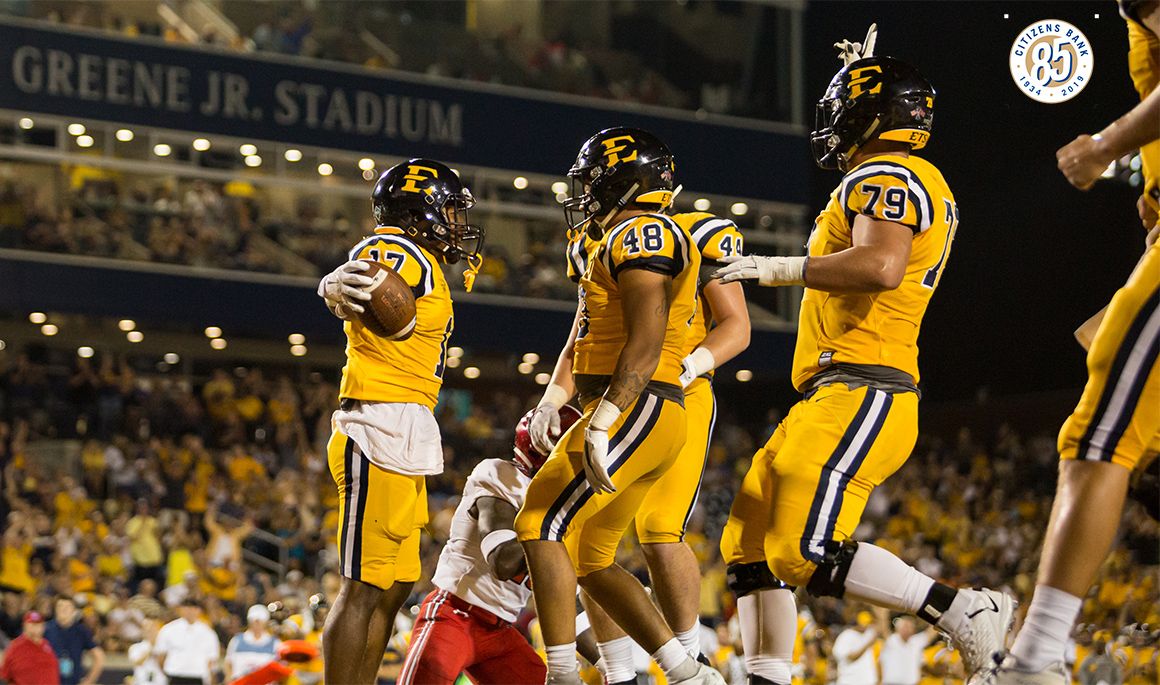 Top Things to Know brought to you by Citizens Bank

Below are a list of things to know for Saturday’s Southern Conference showdown against the Catamounts, provided by our friends at Citizens Bank.

No. 1 – Blue Ridge Border Battle: Saturday’s game will mark the second edition of the Blue Ridge Border Battle Trophy between ETSU and Western Carolina. The trophy was introduced in 2018 with the Bucs claiming the victory, 45-43 in triple overtime. The trophy includes a two-tiered wooden pedestal adorned on opposite sides by the two school’s respective logos and the moniker of the football rivalry series. Atop the trophy is a rock that was taken from the Appalachian Trail on the North Carolina – Tennessee border in the heart of the Great Smoky and Blue Ridge mountains.

No. 2 – Kickoff: Kickoff for Saturday’s final SoCon road showdown is scheduled for an official 3:35 start time.

Saturday’s game will also be broadcast on ESPN+ with the team of Pete Yanity (play-by-play) and Jay Sonnhalter (color) on the call for Nexstar.

No. 5 – Series History: This will be the 49th all-time meeting between ETSU and Western Carolina. The Bucs trail Western Carolina 23-24-1 in the all-time series, most recently besting the Catamounts in triple overtime on Oct. 27, 2018 by the final score of 45-43. The Bucs are 11-12 all-time when playing in Cullowhee, N.C. with the last win in Cullowhee coming in 2002 by the final score of 27-7. The longest winning streak for either side in the series was when WCU rattled off seven straight victories from 1982-88. Both squads have scored a program-best 49 points in the series, with the Catamounts reaching that mark in 2017.