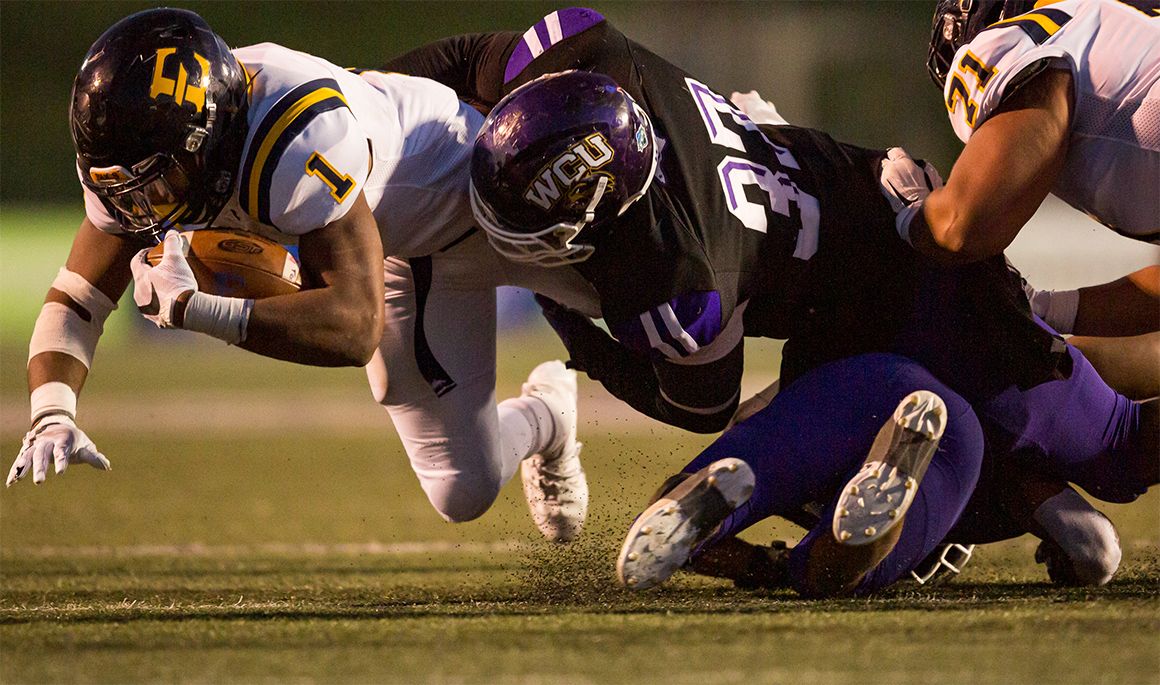 Western Carolina outscored ETSU in the first half 10-3 as both offenses struggled to find any rhythm. The Bucs were the first to score in the second half, knotting the game at 10-10 late in the third quarter as Holmes found the endzone for the first of two touchdowns, giving momentum back to the Blue & Gold.

The Catamounts reclaimed the lead following a Tyrie Adams shuffle pass to Caleb Ferguson for a 22-yard strike, jumping ahead 17-10 with 8:03 remaining in the fourth quarter. Holmes struck again to keep the Bucs in the ball game, punching in a 5-yard touchdown run with just 1:31 remaining in regulation to even the score for the third time in the contest.

Western Carolina saw its chance at a game-winning field goal in regulation pass by as Julian Pletz sent a 31-yard attempt wide right as time expired, forcing overtime for the second consecutive meeting between the two squads.

ETSU’s offense stalled in the opening possession of overtime but was lifted by a Tyler Keltner (Tallahassee, Fla.) 42-yard field goal to give the Bucs their first lead in the ball game, 20-17.

However, Western Carolina used six plays to march 25 yards into the ETSU endzone as Nate Mullen punched the ball in from one yard away to give the home squad the 23-20 victory in overtime.

NEXT GAME UP
The Bucs will return to action on Saturday, Nov. 16 when ETSU welcomes Mercer into town for the final Southern Conference showdown and final home game of the season at William B. Greene, Jr. Stadium. Saturday will serve as both Senior Day and Heroes Day. Kickoff for the home finale is slated to begin at 1 p.m. on ESPN3.