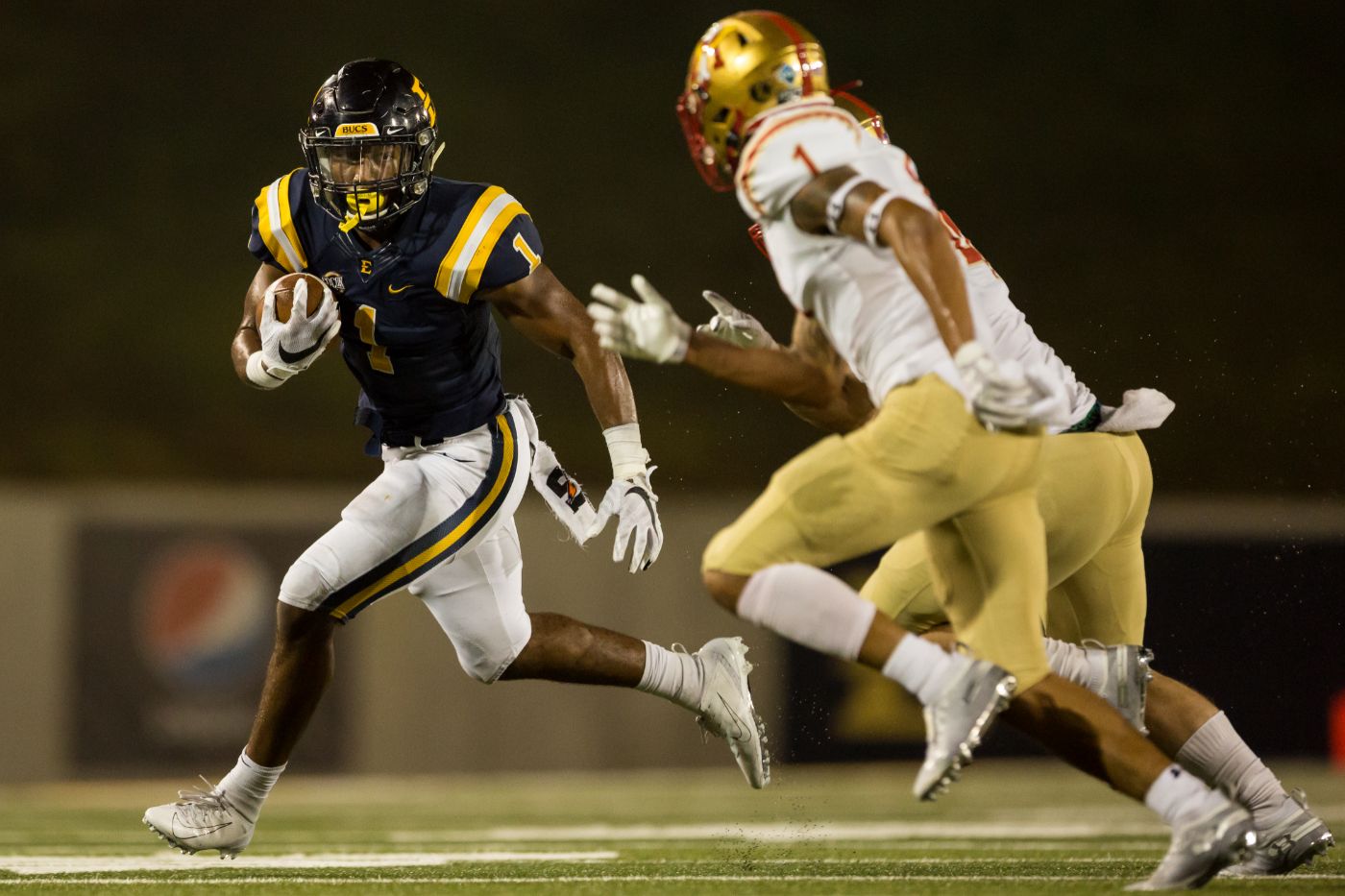 Holmes finished Saturday’s game with a program-record 255 yards rushing, surpassing ETSU Hall of Famer Brandon Walker’s record of 242 yards set in 1998 against Charleston Southern. Holmes reached 255 yards rushing on 26 carries, averaging 9.8 yards per attempt. Holmes’ 255 yards on the ground is the most by a SoCon player this season and is tied for 20th-most rushing yards in a single game in Southern Conference history.

During the game, Holmes eclipsed the 1,000-yard rushing mark for the first time in his career, becoming just the fifth player in ETSU history to do so in a single season. The redshirt-sophomore is now over the 2,000-yard mark in his career, heading into the final week of play with 2,061 career rushing yards.

Holmes and the Bucs will return to action on Saturday, Nov. 23 when ETSU closes out the 2019 regular season with a 3:30 p.m. (ET) kickoff against Vanderbilt. The showdown against the Commodores will be played at Vanderbilt Stadium in Nashville, Tenn.