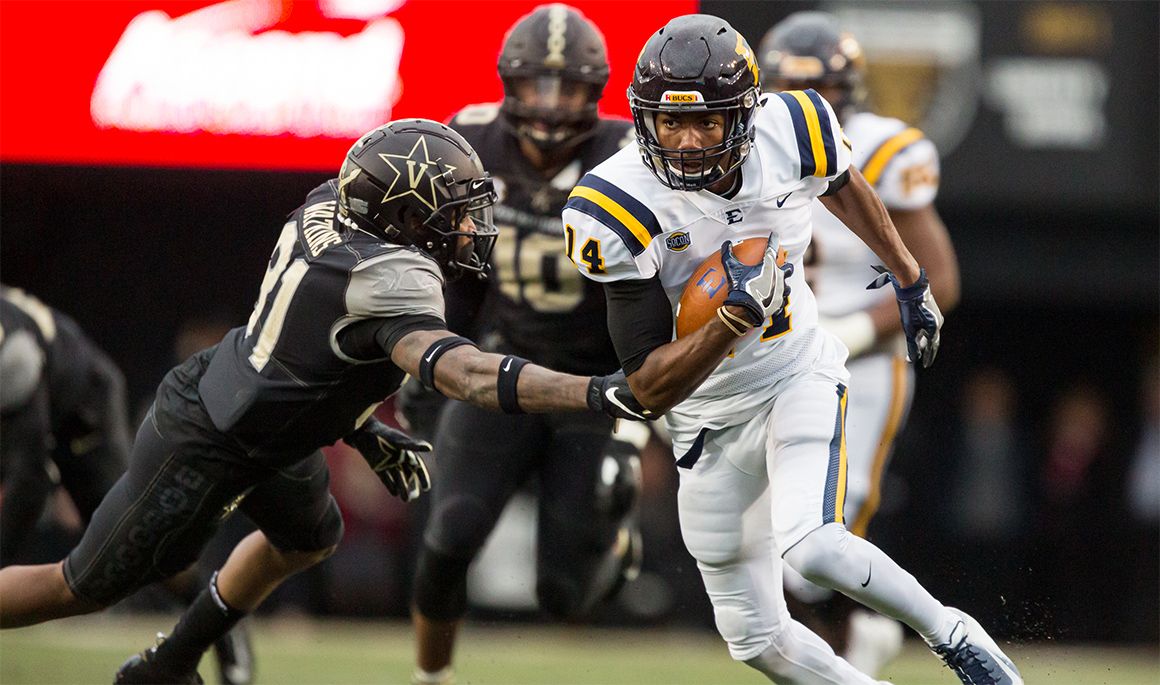 ETSU shutout for first time since 2016

NASHVILLE, Tenn. (Nov. 23, 2019) – The 2019 campaign for the ETSU Buccaneer football team came to a close in Nashville, Tenn. on Saturday afternoon as the Bucs dropped a 38-0 contest to Southeastern Conference foe Vanderbilt. With the loss, the Bucs fall to 3-9 to close the door on the season.

The Commodores jumped on the scoreboard first in their first drive of the game following a 31-yard find from Riley Neal to Jared Pinkney for the early 7-0 lead.

ETSU attempted to get on the board with a 29-yard field goal attempt from Tyler Keltner (Tallahassee, Fla.) but the attempt was blocked at the line to hold the Bucs scoreless.

Vanderbilt took the pigskin to the house on its very next drive, capping off a 9-play, 86-yard drive with a 2-yard touchdown run from Ke’Shawn Vaughn. The Commodores carried the 14-0 lead into the locker room.

Vanderbilt scored on four of its six drives in the second half, including a 75-yard run by Vaughn on the first play from scrimmage to open the third quarter. The Commodores opened the gates with 17 points in the third quarter to stretch its lead to 31-0 before punching in the final touchdown with 2:03 remaining in the game for the 38-0 victory.