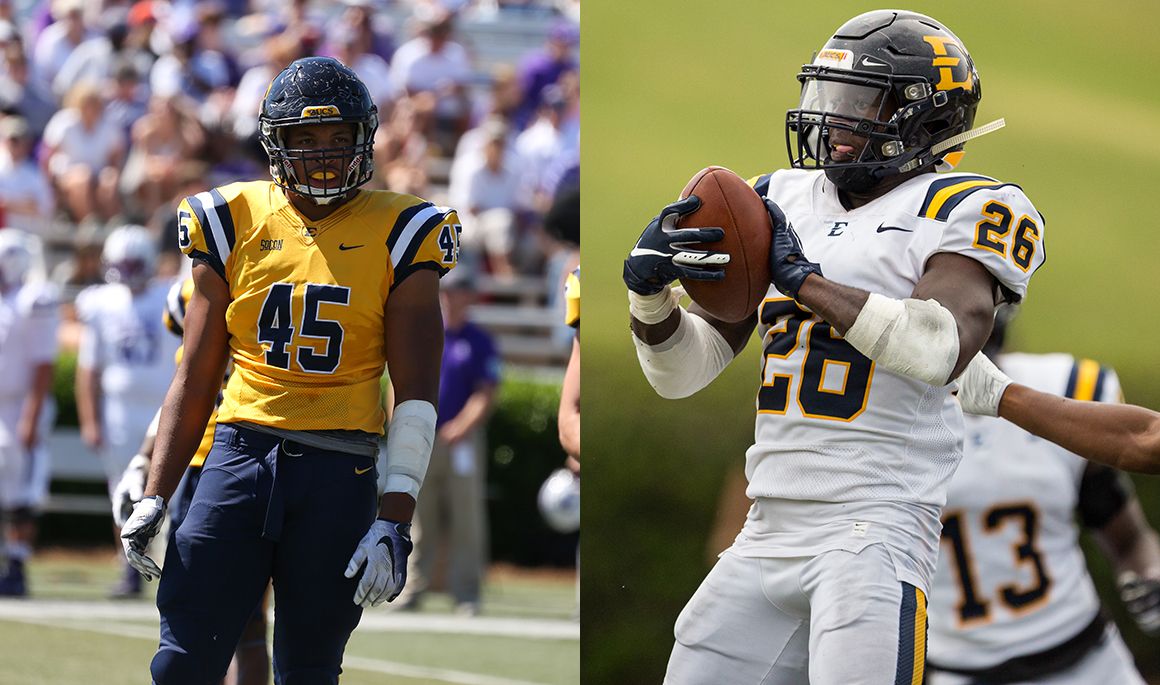 JOHNSON CITY, Tenn. (Dec. 19, 2019) – The All-American accolades continue to funnel in for the Bucs as Nasir Player (Columbia, S.C.) and Artevius Smith (Birmingham, S.C.) snatch their second All-American honors of the week and the postseason. The ETSU duo were named to the STATS FCS All-American Second Team following strong senior campaigns.

Player was named to the HERO Sports All-American team on Monday and has now collected five All-American honorees in the last two seasons with the latest addition of the STATS FCS All-American appearance. In 2018, Player was named to the STATS FCS All-American Third Team. The All-SoCon First Team honoree finished the season with 45 tackles, including 24 solo. The redshirt-senior led the Bucs with 10 tackles for loss, marking the third consecutive season that he finished with double-digit tackles for loss. Player also tallied 4.5 sacks for the Bucs, leading the squad in sacks on the season. In the Bucs home opening game against Shorter on Sept. 7, Player recovered his first career fumble in the 48-10 win over the Hawks. Player also registered a season-high seven tackles against Shorter, including 1.5 tackles for loss. The South Carolina native posted five or more tackles in four of the 12 games played.

The decorative career for the South Carolina native finished the fifth-most tackles for loss in ETSU history with 40. Player appeared in 43 games throughout his career, starting in 40 of those outings.

Smith turned in a dominating senior season in which he was named a Buck Buchanan Award finalist and was named to both the Coaches and Media All-SoCon First Team. Smith started all 12 games, finishing with a team-best 89 tackles (62 solo) and pulled down a career-best and SoCon-leading five interceptions. The Alabama native also forced two fumbles on the season, his only two forced fumbles in his career.

Smith ranked 11th in the SoCon in tackles per game (7.4) and fourth in the league in passes defender per game (0.83). The redshirt-senior defensive back recorded a career-best 11 tackles three times this season, including the season opener at Appalachian State and a pair of conference games against Samford and WCU.

Smith put together a string of three consecutive games with an interception, beginning with the game-clinching snag in ETSU’s 20-14 win over FCS playoff opponent Austin Peay. Smith forced at least one turnover in six of the 12 games played and led the Bucs in tackles in seven of the 12 games.