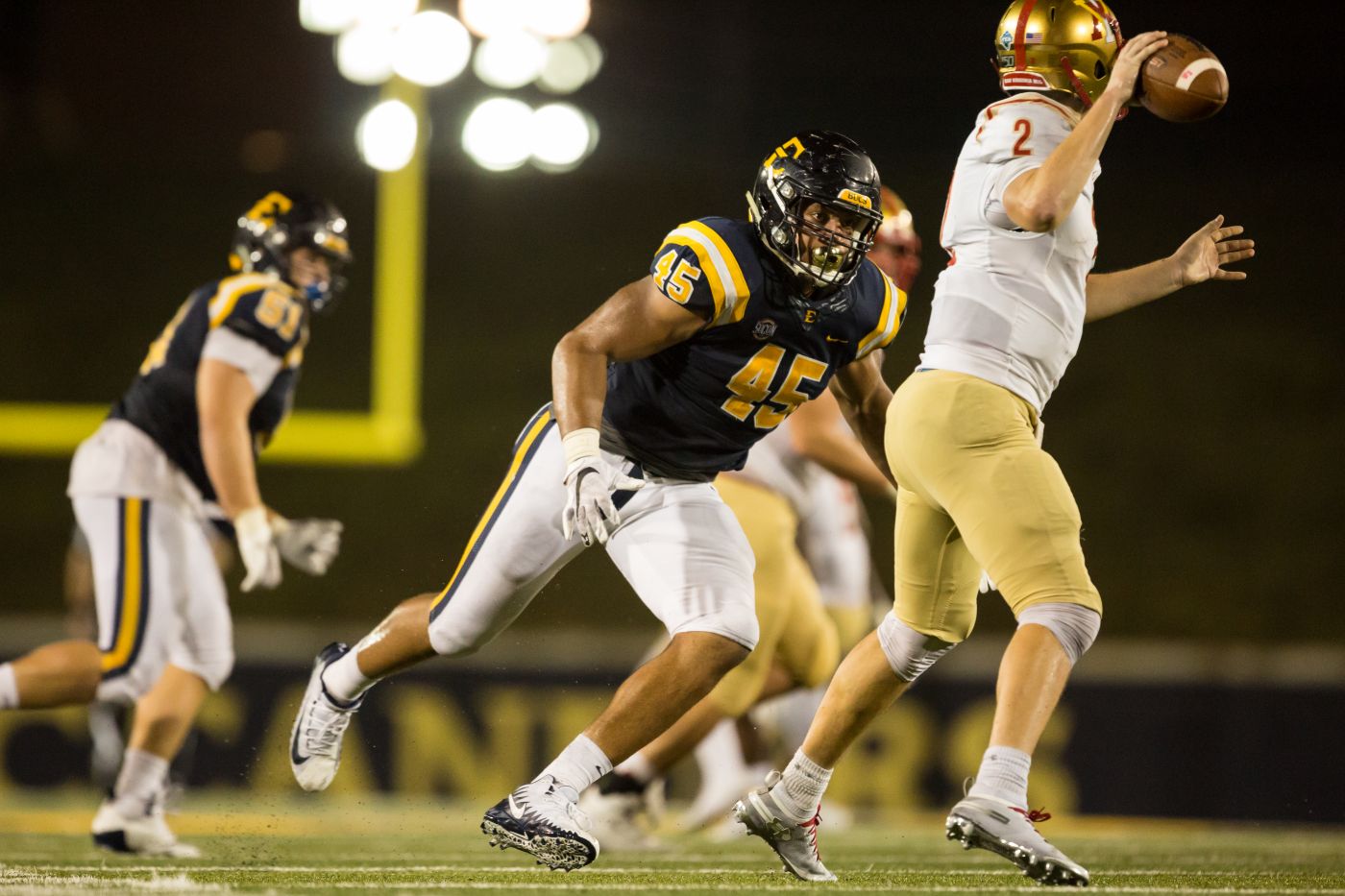 WACO, Texas (Dec. 20, 2019) – The list of accolades just keeps getting bigger and bigger for Nasir Player (Columbia, S.C.) as he was named to the American Football Coaches Association (AFCA) FCS Coaches’ All-America Second Team. The honor was announced Friday morning and is the third All-American honor of the season and the week for Player.

Player claimed a spot on the AFCA All-American Second Team for the second consecutive season after finishing with 45 tackles, including 24 solo. The redshirt-senior led the Bucs with 10 tackles for loss, registering his third consecutive season with double-digit tackles for loss. Player led the Bucs in sacks on the season with 4.5, finishing his career with 18.5 sacks. In the Bucs home opening game against Shorter on Sept. 7, Player recovered his first career fumble in the 48-10 win over the Hawks. Player also registered a season-high seven tackles against Shorter, including 1.5 tackles for loss. The South Carolina native posted five or more tackles in four of the 12 games played.

Player has now accumulated All-Conference appearances in each of his four seasons played and has tallied a total of 12 postseason honors. Not to mention, Player was tabbed as the SoCon Preseason Defensive Player of the Year heading into the 2019 season.