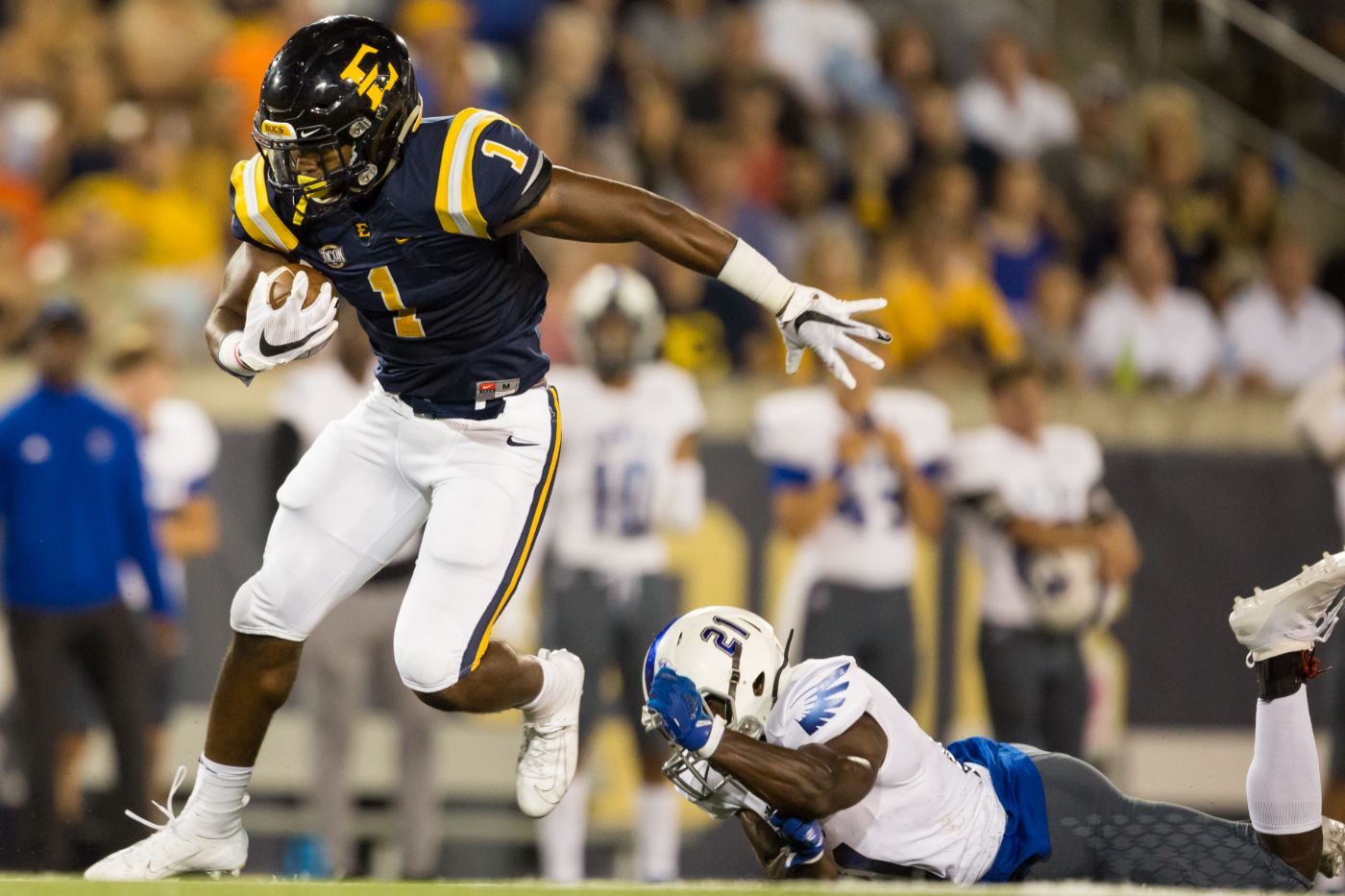 JOHNSON CITY, Tenn. (Sept. 2, 2020) – For the second time this preseason, Quay Holmes (Powder Springs, Ga.) has been named to an All-American squad. This time, the redshirt-junior was tabbed to the STATS Perform FCS All-America First Team as an all-purpose specialist.

The Georgia native is coming off a strong redshirt-sophomore season in which he rushed for 1,143 yards and seven touchdowns. The 1,143 yards was the fourth-most rushing yards in a single season in ETSU history. Holmes broke an ETSU record with 255 rushing yards in 26 carries with three touchdowns in the thrilling win over Mercer in the final home game of the season. The power back also got the job done in the return game, logging 27 kick returns for 628 yards. Holmes led the Southern Conference in all-purpose yards with 1,905.

Holmes’ standout season earned him a spot on both the Coaches and Media Second Team All-SoCon squads. The Georgia native also earned a spot on the HERO Sports All-American Sophomore Team.