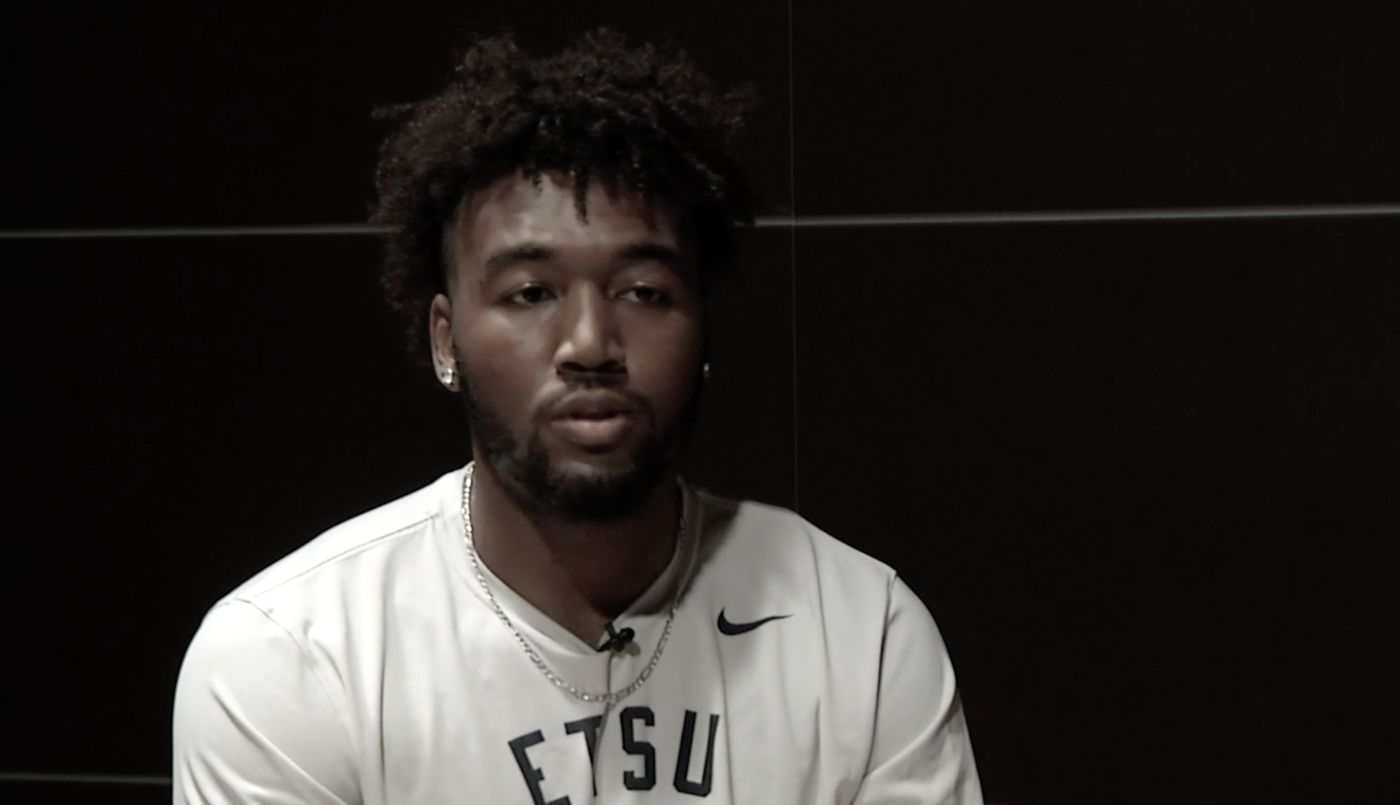 JOHNSON CITY, Tenn. (Sept. 29, 2020) – Jerseys For Social Justice is ETSU Athletics video campaign featuring the school’s Black student-athletes and coaches and their stories of being Black in America. Topics discussed throughout the series will include systematic racism, social justice, equality, police brutality and first-person accounts of individual racism in the lives of student-athletes and coaches.

Jerseys For Social Justice will feature six Black student-athletes, two Black coaches, administrators within athletics to discuss their support of the Black community at ETSU and beyond, as well as the top diversity and inclusion officers at the university to lend an expert point of view to the topics they dedicate their professional lives to.

The first guest in the series is ETSU football running back Quay Holmes, who discusses safety as a young Black American: “Breonna Taylor was asleep...Until we’re at a point where innocent Black people aren’t being wrongfully murdered, we can’t say that we’re safe.”