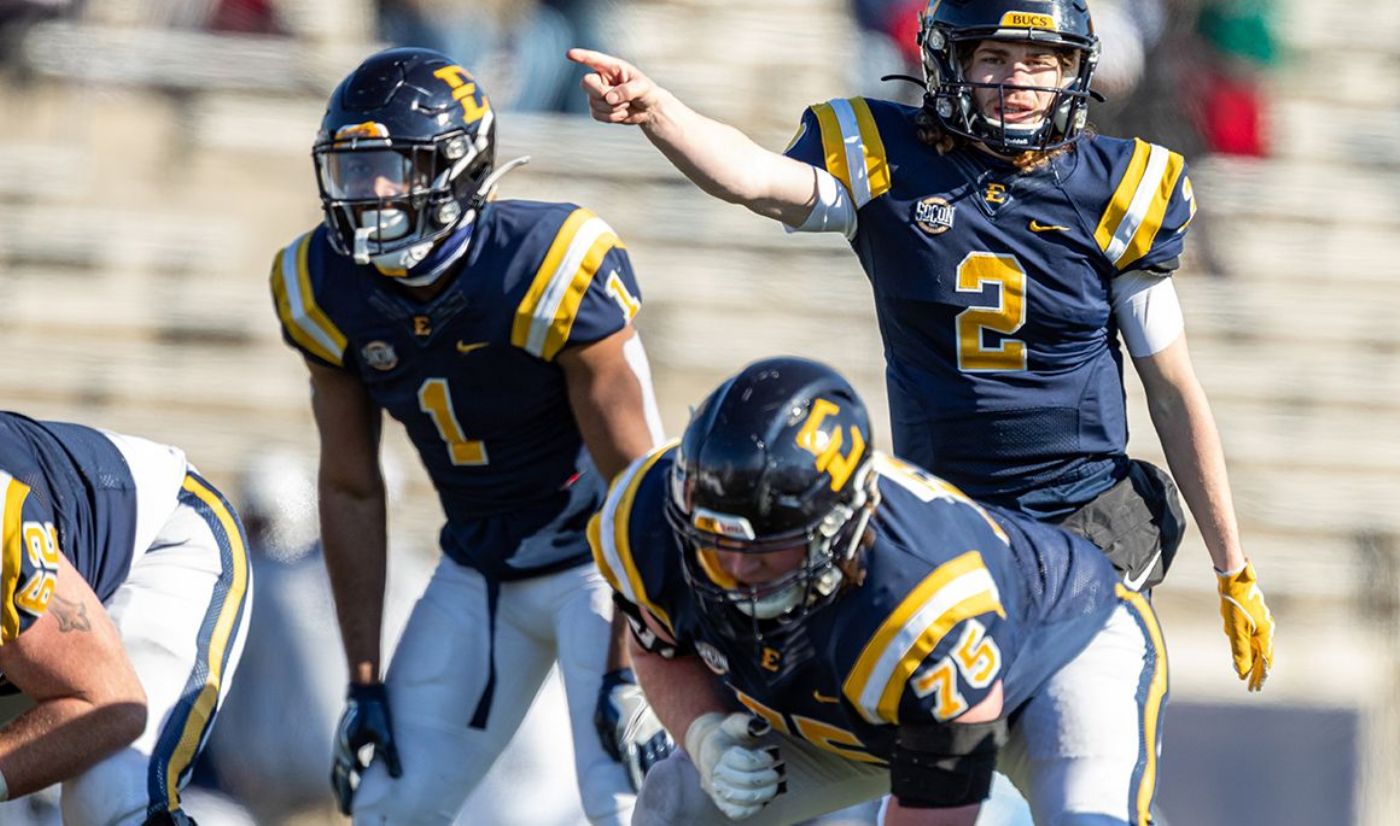 ETSU jumped out to the early 7-0 lead in its second drive of the game as Quay Holmes (Powder Springs, Ga.) capped off an 8-play, 82-yard drive with his third touchdown of the season. The Georgia product received a big block and was off to the races with a 20-yard scamper for the ETSU touchdown.

The Bucs extended their advantage in the second quarter with 38 seconds remaining in the half as Tyler Keltner (Tallahassee, Fla.) split the uprights with a 38-yard field goal to give ETSU the 10-0 lead at the break.

Furman raced out of the locker room and scored 17 unanswered points to take the 17-13 lead into the final quarter of play. The Paladins put together 111 yards of offense in the third quarter, compared to just 74 yards by the Bucs. The big difference, the penalty yards for the Bucs, racking up 70 yards of penalties in the third quarter.

The Bucs cut the deficit to just four early in the fourth quarter as Keltner connected on his second field goal of the game, this time a 30-yard chip shot for the 17-13 score in favor of the Paladins.

ETSU’s defense came up big again, making a goal-line stand with less than three minutes to play, putting the ball back in the hands of the offense and trailing by four.

Tyler Riddell (Tampa, Fla.) connected with Juliun Lane-Price (Mosheim, Tenn.) for the 16-yard pass on the first play of the drive, but that was all the Bucs could muster as ETSU was hit with a costly penalty on third down that put the Bucs at 4th and 15. ETSU was unable to complete the pass to extend the game, turning the ball over to the Paladins as Furman escaped with another narrow victory.

NEXT GAME UP
ETSU will be making its first road trip of the season on March 20 when the Bucs travel to The Citadel for a 1 p.m. kickoff in Charleston, S.C.