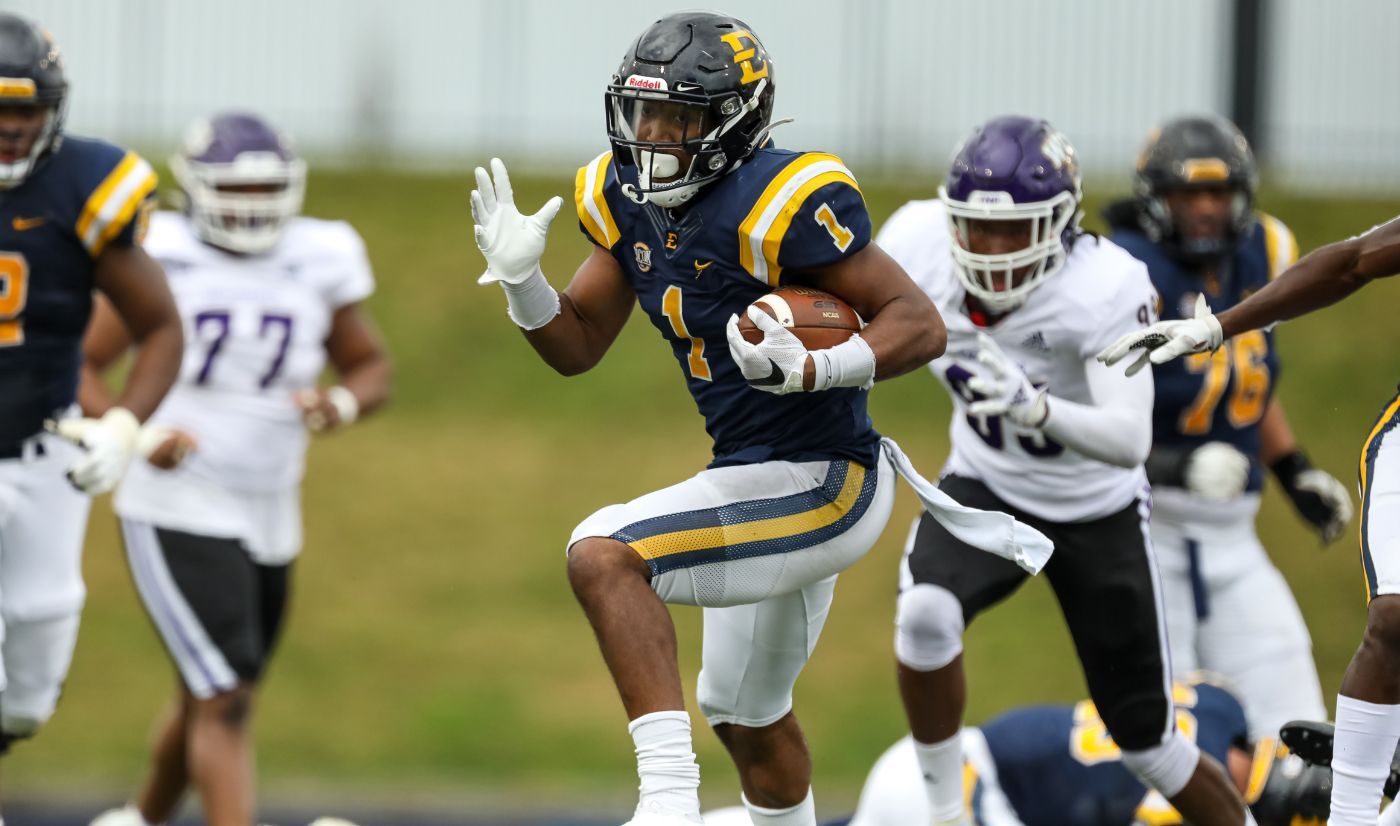 JOHNSON CITY, Tenn. (March 27, 2021) – Neither the delayed start, the dreary weather nor the Catamount defense could slow down the Buccaneer running game as ETSU powered its way to a 24-17 victory over Western Carolina on Saturday afternoon. With the win, the Bucs (3-1, 3-1) reclaim the Blue Ridge Border Battle Trophy from the claws of the Catamounts (1-8, 1-5).

The Bucs had to wait through a 90-minute delay as severe weather rolled into William B. Greene, Jr. Stadium, blanketing the turf with large chunks of hail.

Following the delay, both offenses came out firing as each squad scored on its first offensive drive. The two offenses combined for 34 points and 509 yards of total offense in the first half. The first half ended on a historical note as sophomore kicker Tyler Keltner (Tallahassee, Fla.) buried a program-record 54-yard field goal to even things up at 17 apiece.

The second half proved to be a different story as the two units collected a combined 174 yards of offense and just one touchdown. The game-winning touchdown belonged to the host squad as Quay Holmes (Powder Springs, Ga.) punched in a five-yard rush and the defense took care of the rest following another 30-minute weather delay with 12:40 remaining in the contest.

The Bucs received a huge boost in the run game as the star duo of Holmes and Jacob Saylors (Jasper, Tenn.) each eclipsed the 100-yard mark, combining for 333 yards on the ground. Holmes tallied two rushing touchdowns and finished with 197 yards on 30 carries. Meanwhile, Saylors posted a career-high 136 yards on just 15 carries. The dominant duo proved to be too much for the Western Carolina defense as the Bucs ran free to bringing the trophy back home to Johnson City, Tenn.

NEXT GAME UP
ETSU will hit the road on Saturday, April 3 as the Bucs travel to Lexington, Va. for a showdown against a rejuvenated VMI squad. Kickoff against the Keydets will commence at 1:30 p.m.