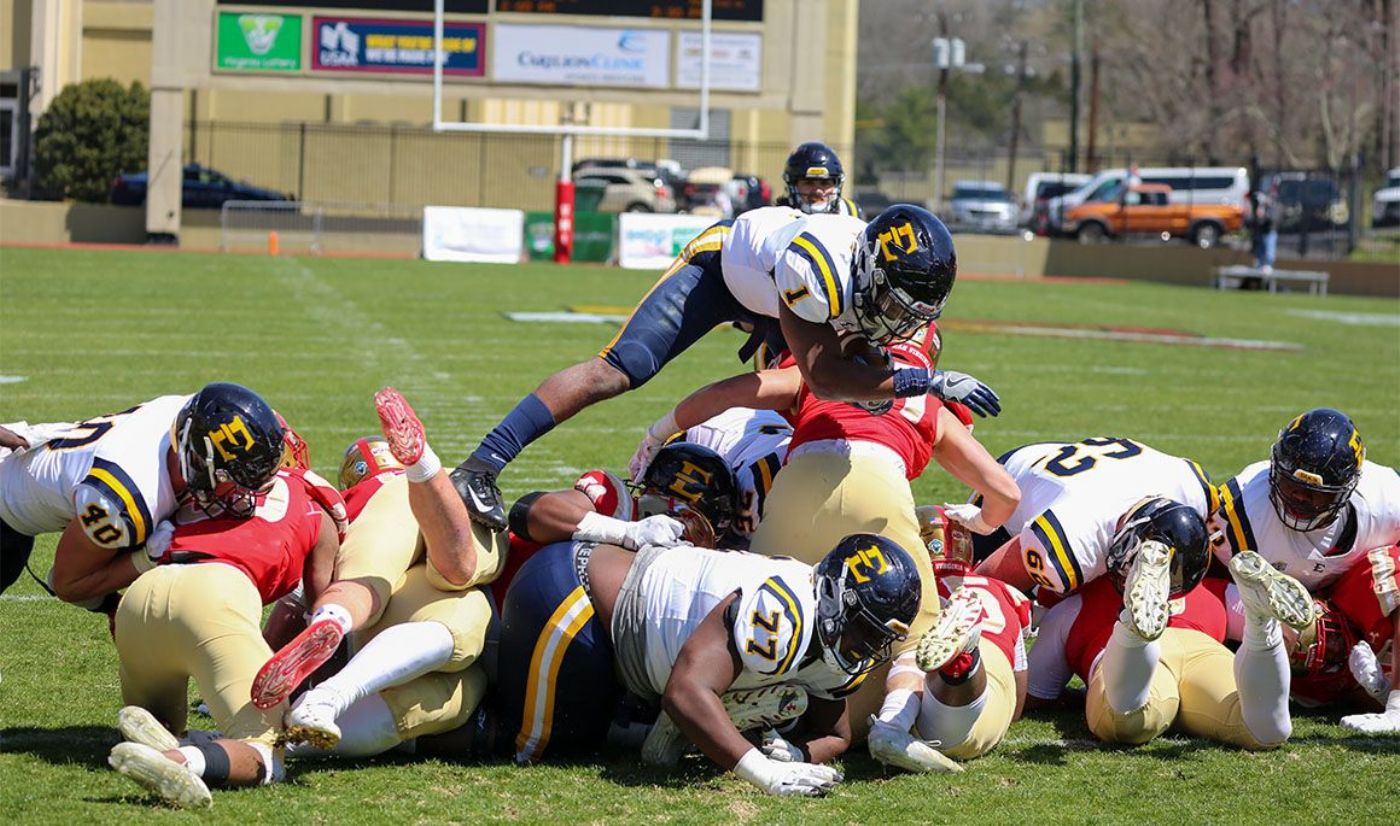 LEXINGTON, Va. (April 3, 2021) – It was another dramatic finish for the Buccaneers as ETSU pulled off yet another one-possession victory. ETSU went on the road to defeat previously undefeated VMI, capturing the 24-20 upset over the Keydets at Foster Stadium. With the win, ETSU improves to 4-1, while the 10th-ranked Keydets fall to 5-1.

ETSU’s defense continues to prove the notion of “defense wins championships” as the Bucs held a very-potent VMI offense to just 20 points, nearly 12 points below the season average. Despite spotting the Keydets the 10-0 lead, ETSU was able to overcome the deficit by limiting the passing threat and shutting down the run game.

The Bucs’ offense woke up following the 10-point deficit, outscoring the Keydets 10-3 down the stretch to end the opening half with a three-point deficit.

Before the clock struck zero, drama ensued on the final VMI drive with the Keydets taking over on their own 33-yard line. After picking up two first downs and getting into ETSU territory, the Buccaneer defense buckled down and rattled the VMI offense. The Keydets faced a 4th-and-5 and completed a five-yard slant pass from Seth Morgan to Jakob Herres. However, Tyree Robinson (Gainesville, Ga.) delivered a punishing hit to Herres, jarring the ball loose as Karon Delince (Phenix City, Ala.) recovered the ball and was off to the races. A block in the back penalty negated an ETSU touchdown, but it was a moot point with the Bucs taking four plays to run the clock down.

NEXT GAME UP
ETSU will hit the road for the second consecutive week as the Bucs close out the spring 2021 regular-season road schedule with a 6 p.m. contest against Mercer. The final road SoCon battle of the season for the Bucs will be played at Five Star Stadium in Macon, Ga.