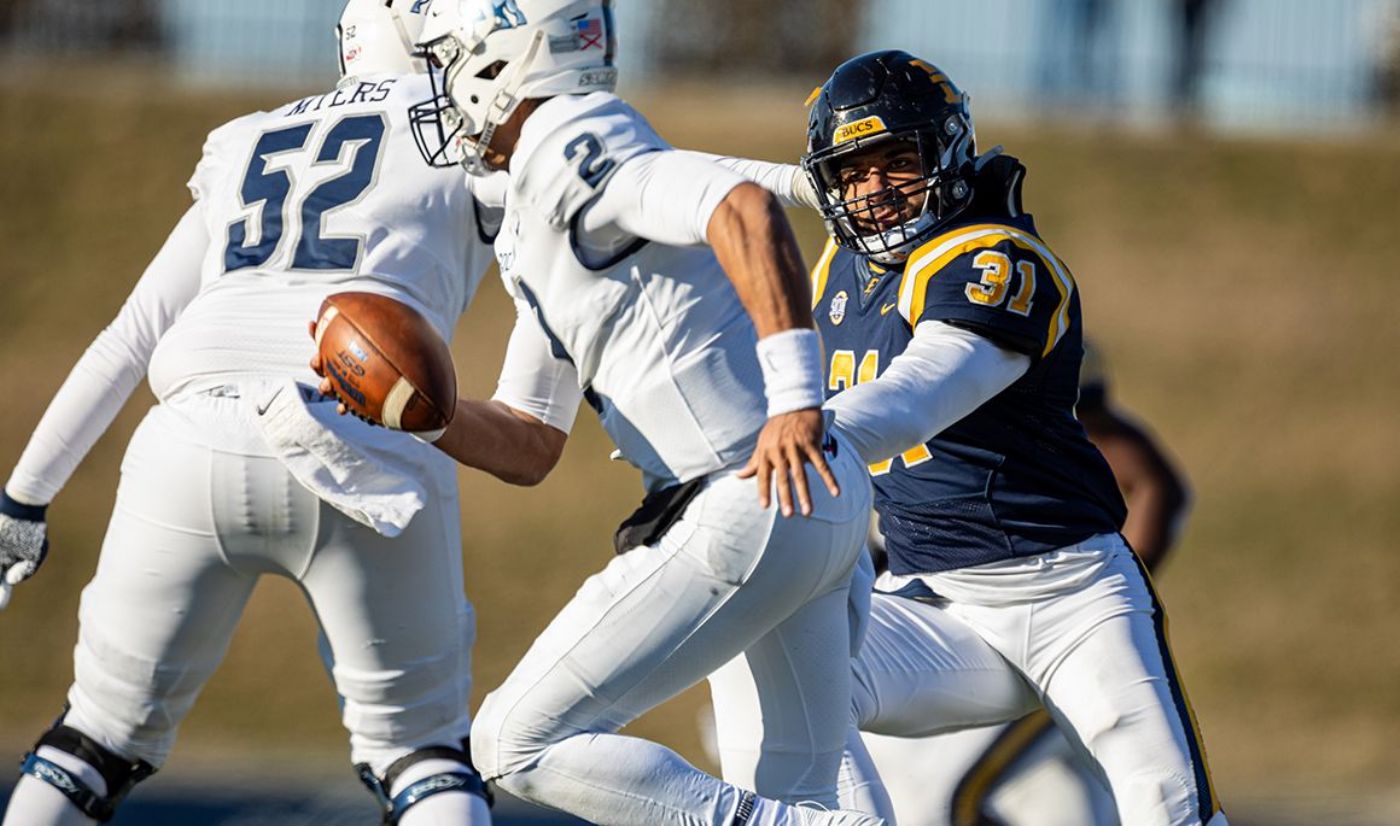 MACON, Ga. (April 10, 2021) – In a game where offense was hard to come by and every possession counted, it was the Mercer Bears who stole the one-possession battle as they handed ETSU a devastating 21-13 loss in Macon, Ga. With the loss, the 20th-ranked Buccaneers fall to 4-2 in the spring season as their playoff hopes take a hit.

The Bucs owned every facet of the game except for the one that mattered most, the final score. ETSU outgained Mercer (382-219) as the offense showed up late in the second half and the Bucs’ defense continued to flex its muscles.

ETSU failed to overcome the turnovers in Saturday’s loss as the Bucs coughed the ball up three times, directly resulting in 14 points for the Bears. One of the turnovers was a scoop and score for the Bears’ defense that put Mercer ahead 21-6 at the time.

Neither team wanted to put points on the board until Mercer broke through with a touchdown pass 32 seconds into the second quarter. The two squads combined for 20 points in the second quarter and then did not score again until the fourth quarter where each unit posted one touchdown apiece.

Brock Landis (Hoschton, Ga.) orchestrated a late fourth-quarter drive that provided the Bucs with some new life as he found Will Huzzie (Duluth, Ga.) for a four-yard touchdown strike. As they always do, the defense held strong and forced a Mercer punt. However, ETSU’s offense was unable to march down the field for the game-tying touchdown.