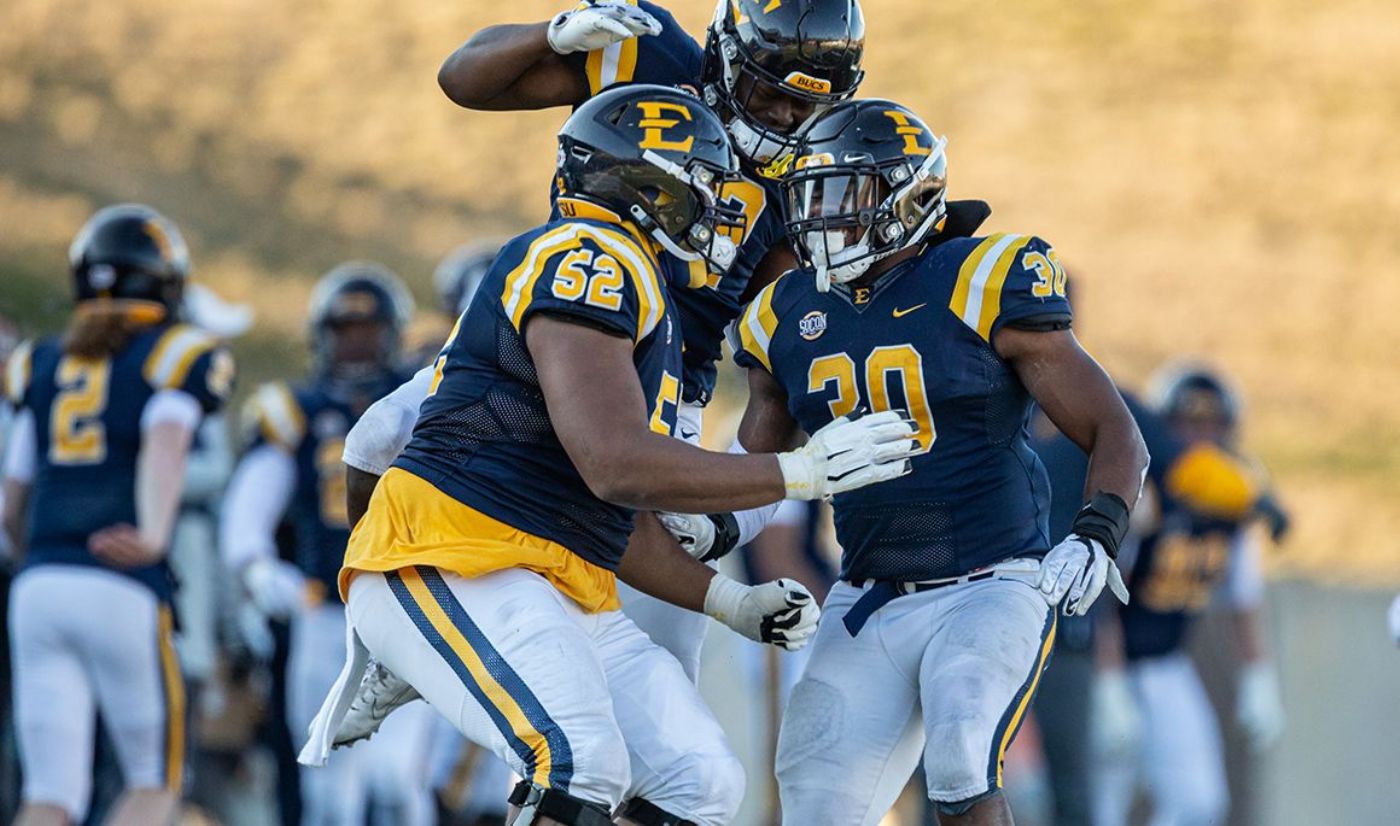 JOHNSON CITY, Tenn. (May 25, 2021) – The ETSU Football team has added another marquee opponent to its future schedule. The Bucs have officially added a home-and-home series with FCS perennial powerhouse, North Dakota State.

“We are very excited to announce this home-and-home matchup against the marquee program in the FCS,” added Director of Intercollegiate Athletics Scott Carter. “When ETSU Football was reestablished, matchups like this are what we had in mind. Competition at the highest level of our division with an opportunity to showcase ETSU Football on a national stage against the best. I am so excited for this series to begin in Johnson City, in what will certainly be a football atmosphere for the ages that all Buc fans will remember.”

The home-and-home series will begin when the Bison travel to Johnson City, Tenn. on Sept. 14, 2024. ETSU will return the trip two years later when the Bucs travel to Fargo, N.D. on Sept. 5, 2026. The showdown in 2024 will be the first-ever meeting between the two programs.

The Bison have won eight of the last 10 FCS championships, including five straight from 2011-2015. North Dakota State has made 11 consecutive FCS playoff appearances and has won 144 of its last 160 games. The Bison are also 6-0 against FBS opponents since 2010, including wins over five power-5 opponents. North Dakota State’s most recent trip in the FCS playoffs ended in the quarterfinals to eventual champions Sam Houston State, dropping a 24-20 decision on Sunday, May 2 in Huntsville, Texas.

With the series scheduled, the Bucs have announced eight different opponents over the course of the next six seasons, including Vanderbilt, UVA Wise and Delaware State this fall. In the next eight seasons, the Bucs are also guaranteed six FBS games: Vanderbilt (2021), Mississippi State (2022), Liberty (2023, 2025), Appalachian State (2024) and North Carolina (2026).

Fans interested in purchasing season tickets should do so by calling the Buccaneer ticket office at 423-439-3878 or by visiting etsutickets.com.