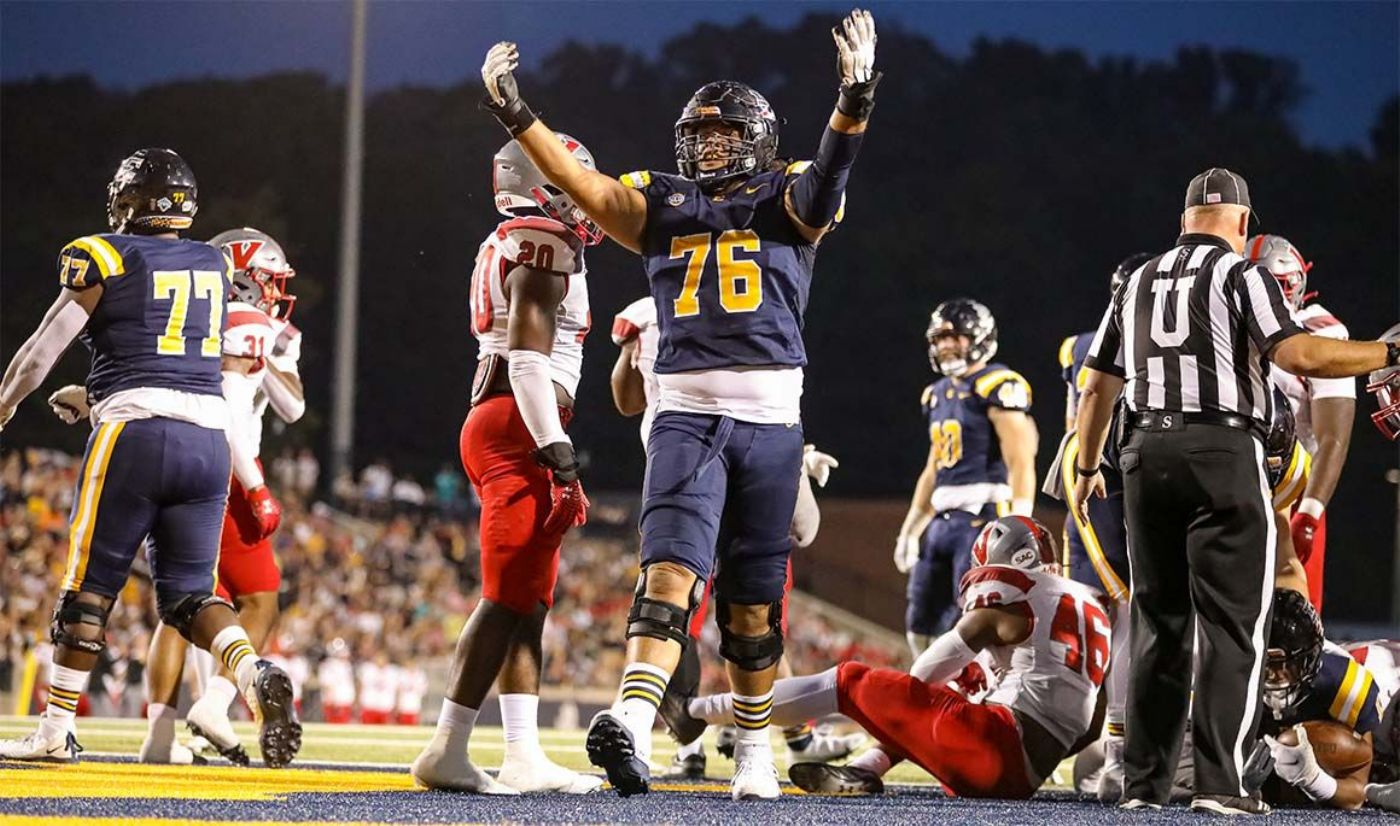 JOHNSON CITY, Tenn. (Sept. 11, 2021) – ETSU football opened the 2021 home slate with a bang, dominating UVA Wise in a 45-14 rout in front of a record-setting crowd at William B. Greene, Jr. Stadium. The Bucs lit up the scoreboard in front of a raucous crowd of 9,720 occupants. With the win, the Bucs improve to 2-0 to begin the season for just the second time since the return of football in 2015.

ETSU did not suffer the “big-win hangover” from the Vanderbilt victory, owning all facets of the game for the second consecutive week. The Bucs accounted for 528 yards of offense, including 274 yards in the air.

ETSU overcame a sluggish start thanks to a 64-yard connection between Tyler Riddell (Tampa, Fla.) and Saylors that pushed ETSU to a 14-0 lead, beginning the steamroll of the offense.

The Buccaneer defense continued to flex its muscles with 61 total tackles, two interceptions and two forced fumbles. Tyree Robinson (Gainesville, Ga.) put the Bucs in position to score the game’s first touchdown with a 22-yard interception return to the UVA Wise 3-yard line, with Quay Holmes (Powder Springs, Ga.) punching the ball into the endzone on the very next play. Mike Price (Stockbridge, Ga.) continued the intensity for the Bucs with a game-high 10 tackles.

NEXT GAME UP
The Bucs will be back in action on Saturday, Sept. 18 when ETSU welcomes the Delaware State Hornets into town. Kickoff is scheduled for 7:30 p.m. and fans are strongly encouraged to wear gold for the annual GOLD OUT game.