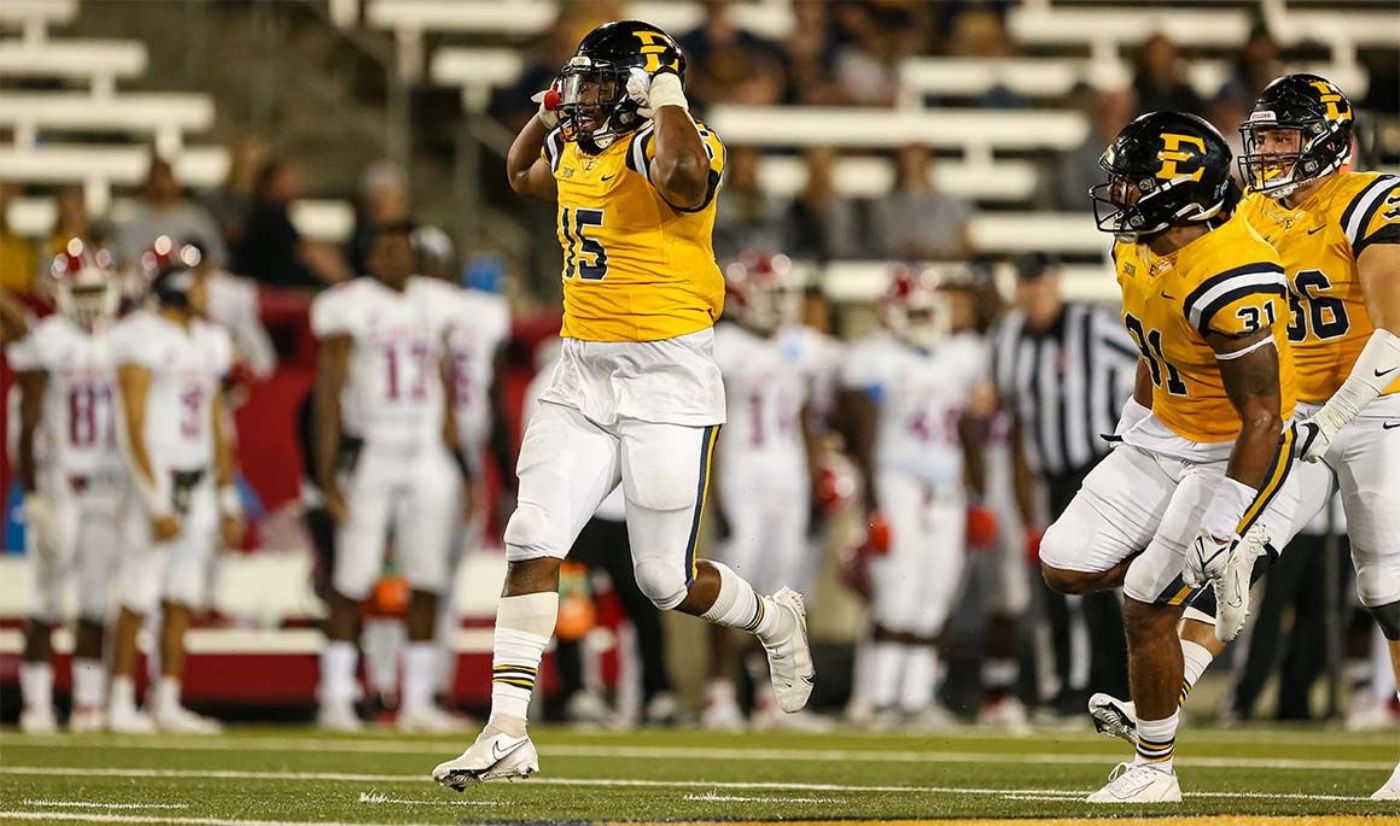 Bucs improve to 3-0 for ninth time in program history

JOHNSON CITY, Tenn. (Sept. 18, 2021) – The ETSU football team used the ground and pound mentality to cruise to a 38-6 win over Delaware State on Saturday night at William B. Greene, Jr. Stadium. The Bucs, ranked No. 16 in the Stats Perform FCS Top 25, delivered punishing blows on the defensive end to cap off a lop-sided victory. With the win, the Bucs improved to 3-0 on the season.

The Bucs totaled 449 yards of offense, including 309 in the ground game. Quay Holmes (Powder Springs, Ga.) and Jacob Saylors (Jasper, Tenn.) each eclipsed over 100 yards on the ground, combining for 266 yards and four touchdowns. The Blue & Gold offense proved too much for the Hornets, scoring on the first four drives of the game to race out to the early lead and never looked back. Tyler Riddell (Tampa, Fla.) concluded the game with 140 passing yards and one touchdown pass.

The Buccaneer defense totaled seven sacks and recorded 62 tackles and 8.0 tackles for loss. ETSU surrendered a late second-quarter touchdown and did not look back, pitching a second-half shutout en route to allowing six points on the evening. The Blue & Gold yielded just 175 yards to the Delaware State offensive unit.

NEXT GAME UP
ETSU will open its Southern Conference slate on the road on Saturday, Sept. 25 when the Bucs travel to Samford to take on the Bulldogs. Kickoff in Birmingham, Ala. will begin at 3 p.m. (ET).