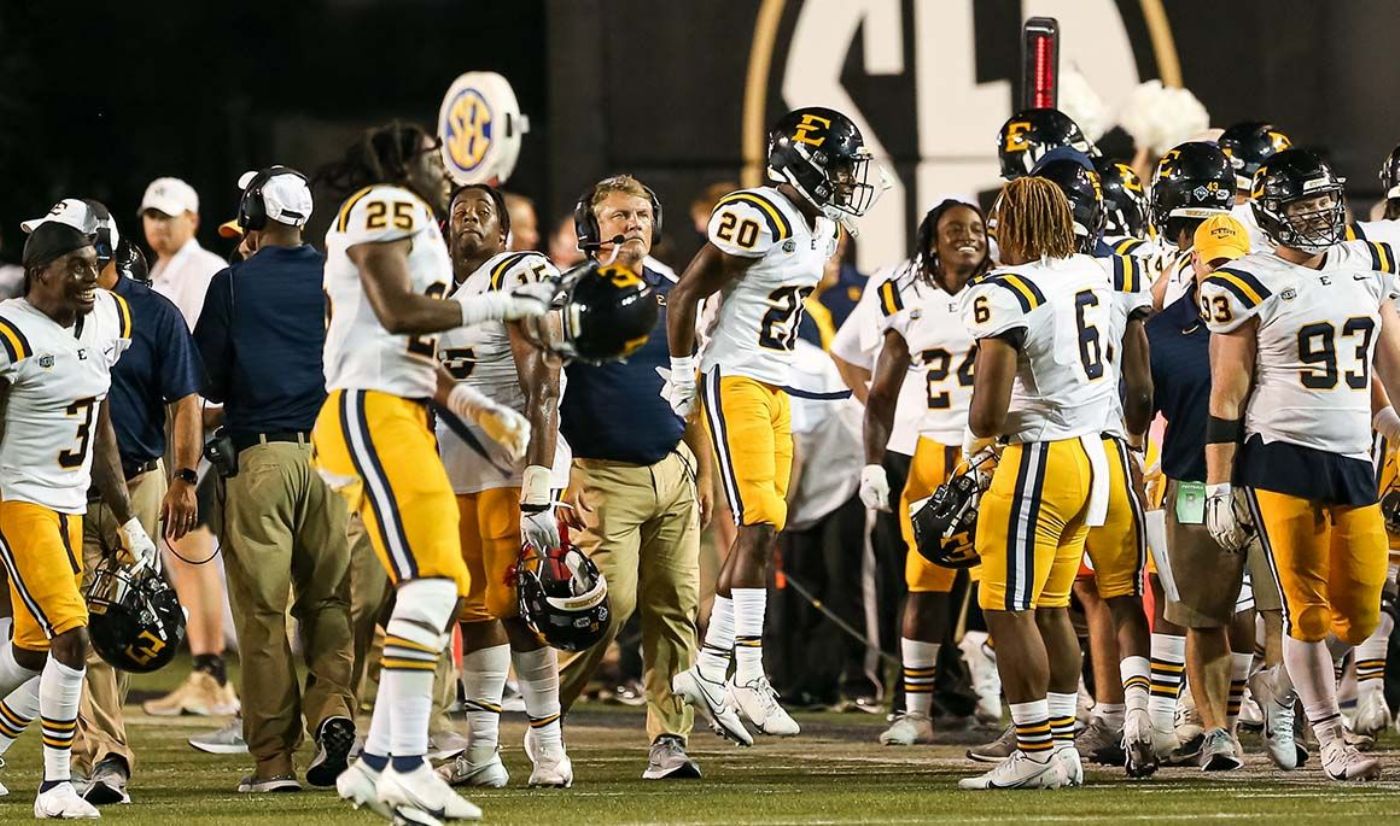 In a game that featured four lead changes in the fourth quarter and a game-tying Tyler Keltner (Tallahassee, Fla.) field goal at the end of regulation, the ETSU football team kept its perfect record intact as Quay Holmes (Powder Springs, Ga.) provided the game-winning touchdown in overtime, lifting the 15th-ranked Buccaneers to a thrilling 55-48 win at Samford on Saturday afternoon from Seibert Stadium.

With both teams combining for 1,259 yards of total offense, the Bucs finished with a season-high 531 yards, while red-shirt freshman quarterback Tyler Riddell (Tampa, Fla.) threw for a career-high 291 yards and accounted for four touchdowns (three passing/one rushing). ETSU rushed for 240 yards – 168 coming from Holmes – marking a season-high for the red-shirt junior. Holmes, who also rushed for two touchdowns, registered the 14th 100-yard rushing of his career. The kickoff return game was also critical as Jacob Saylors (Jasper, Tenn.) posted a career-best 71-yard return and followed that up with a 50-yarder both of which set up fourth-quarter touchdown drives. Defensively, Donovan Manuel (Ellenwood, Ga.) was one of four Bucs to register double-digit tackles as his career-high 13th hit on the final play stopped running back Jay Stanton five yards short of the first down marker, sending the ETSU sideline into a frenzy.

The Bucs are off to their best start since 1999 as ETSU improved to 4-0 overall and 1-0 in conference play, while Samford dipped to 2-2, 1-1. ETSU secured the first-ever win over Samford in Birmingham and it’s only the sixth time in program history the Blue and Gold have started the season with four straight wins.

Overtime
ETSU 55, Samford 48: After losing the coin toss, the Bucs’ offense took to the field first and needed only three plays to find the end zone capped off by Holmes’ 13-yard score. Samford’s offense then had its chance, but the ETSU defense rose to the challenge, keeping the Bulldogs out of the end zone for the conference-opening win.

NEXT GAME UP
ETSU returns home for its SoCon home opener next Saturday when the Bucs host Wofford at 3:30 p.m. inside Greene Stadium.