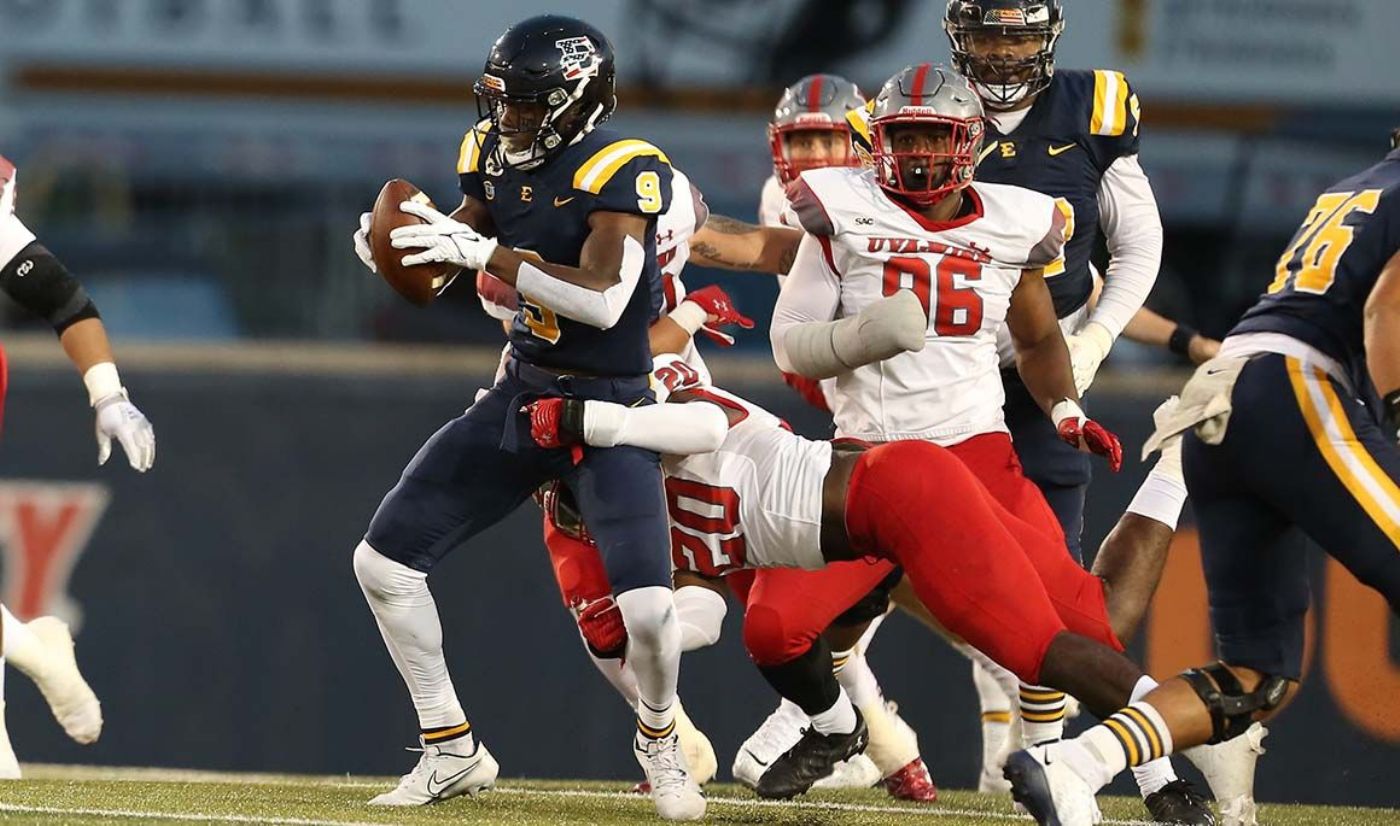 JOHNSON CITY, Tenn. (Sept. 27, 2021) – The Bucs improved to 4-0 for the first time since 1999 after Saturday’s thrilling 55-48 overtime win over Samford in Birmingham, Ala. The Bucs had to overcome the high-octane Samford offense that set seven ETSU opponent records. ETSU was able to match Samford blow for blow, improving to 1-0 to begin Southern Conference action.

ETSU was led offensively by Tyler Riddell (Tampa, Fla.) who finished with a career high 291 yards in the air and accounted for four touchdowns, including three passing. Quay Holmes (Powder Springs, Ga.) concluded the weekend with a season-high 168 rushing yards, while Jacob Saylors (Jasper, Tenn.) boosted the ETSU kicking game with 157 kickoff return yards. Will Huzzie (Duluth, Ga.) accounted for eight receptions, tying his career high, as well as 113 receiving yards and one touchdown. Tyler Keltner (Tallahassee, Fla.) posted 13 points in the kicking game, finishing the outing with a perfect 7-of-7 mark in PATs and 2-for-2 in field goals, including the game-tying 27-yard field goal to send the game into overtime.

ETSU’s defense had its hands full as Samford accounted for 728 yards of offense and ran 111 plays, both of which are opponent records against the Bucs. Jared Folks (Harrisburg, Pa.) and Alijah Huzzie (Franklin, Ga.) finished the game with career highs in tackles with 14 apiece. The ETSU defense forced three turnovers, including Tyree Robinson (Gainesville, Ga.) who had the second-longest interception return in program history with a 98-yard interception return before being brought down at the two-yard line.

ETSU will host Wofford on Saturday at 3:30 p.m. in the Bucs’ SoCon home opener.