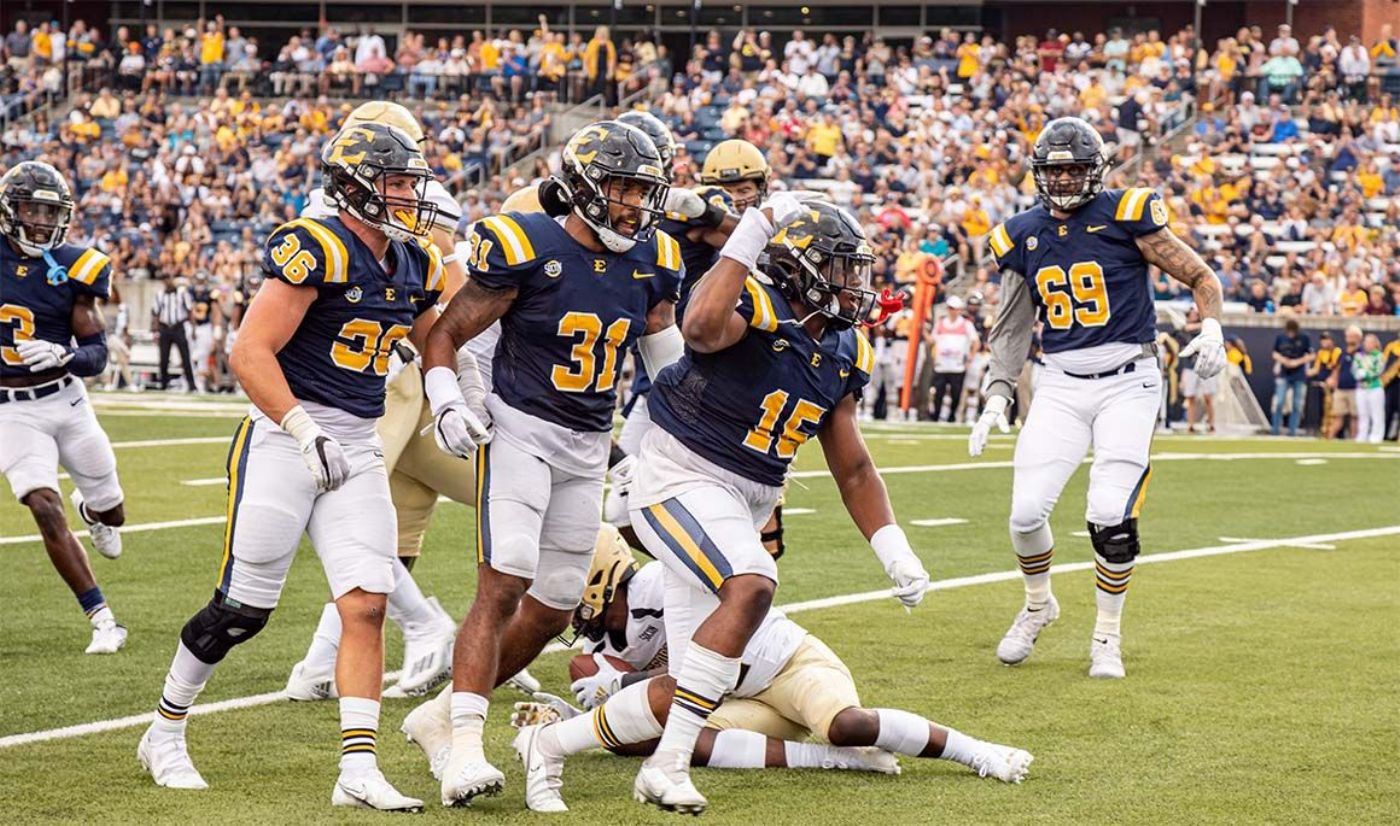 ETSU Football laid the streak to rest with a 27-21 victory over Wofford on Saturday in Johnson City, Tenn. A new William B. Greene, Jr. Stadium record crowd of 10,153 witnessed the Bucs end an 8,365-day streak as ETSU toppled Wofford for the first time since Nov. 7, 1998. With the win, the Bucs improved to 5-0 on the season, including a perfect 2-0 mark in Southern Conference action.

The Buccaneers kept their perfect record intact behind yet another offensive explosion in their second consecutive back-and-forth affair. ETSU finished the game with 468 yards of offense, compared to 246 yards from the Terriers. The Terriers had one final chance to break the hearts of the ETSU faithful down 27-21 with 1:28 remaining in the game. However, Wofford could not connect on back-to-back pass attempts on third and fourth down, turning the ball over to ETSU and the victory formation with 19 seconds remaining.

Today’s game featured four lead changes, but it was a 77-yard touchdown pass from Tyler Riddell (Tampa, Fla.) to Quay Holmes (Powder Springs, Ga.) that capped off the scoring in the Bucs’ six-point triumph. Riddell, fresh off a career high at Samford, tossed the pigskin for 268 yards and one touchdown after completing 21-of-30 pass attempts. Holmes led the team in rushing with 81 yards on 20 carries and one score. Jacob Saylors (Jasper, Tenn.) added 64 yards and one touchdown himself. Saylors also got the job done in the kick return game with 86 yards on three attempts.

The ETSU defense held true against the Terriers, allowing just 246 yards on 45 plays. Wofford had three plays account for 116 yards, with ETSU shutting them down for the majority of the game. Jared Folks (Harrisburg, Pa.) led the team in tackles for the second consecutive game with seven.

NEXT GAME UP
The Buccaneers will be back in Greene Stadium in their next outing as they play host to The Citadel on Saturday, Oct. 9. Kickoff against the Bulldogs will commence at 4:30 p.m.