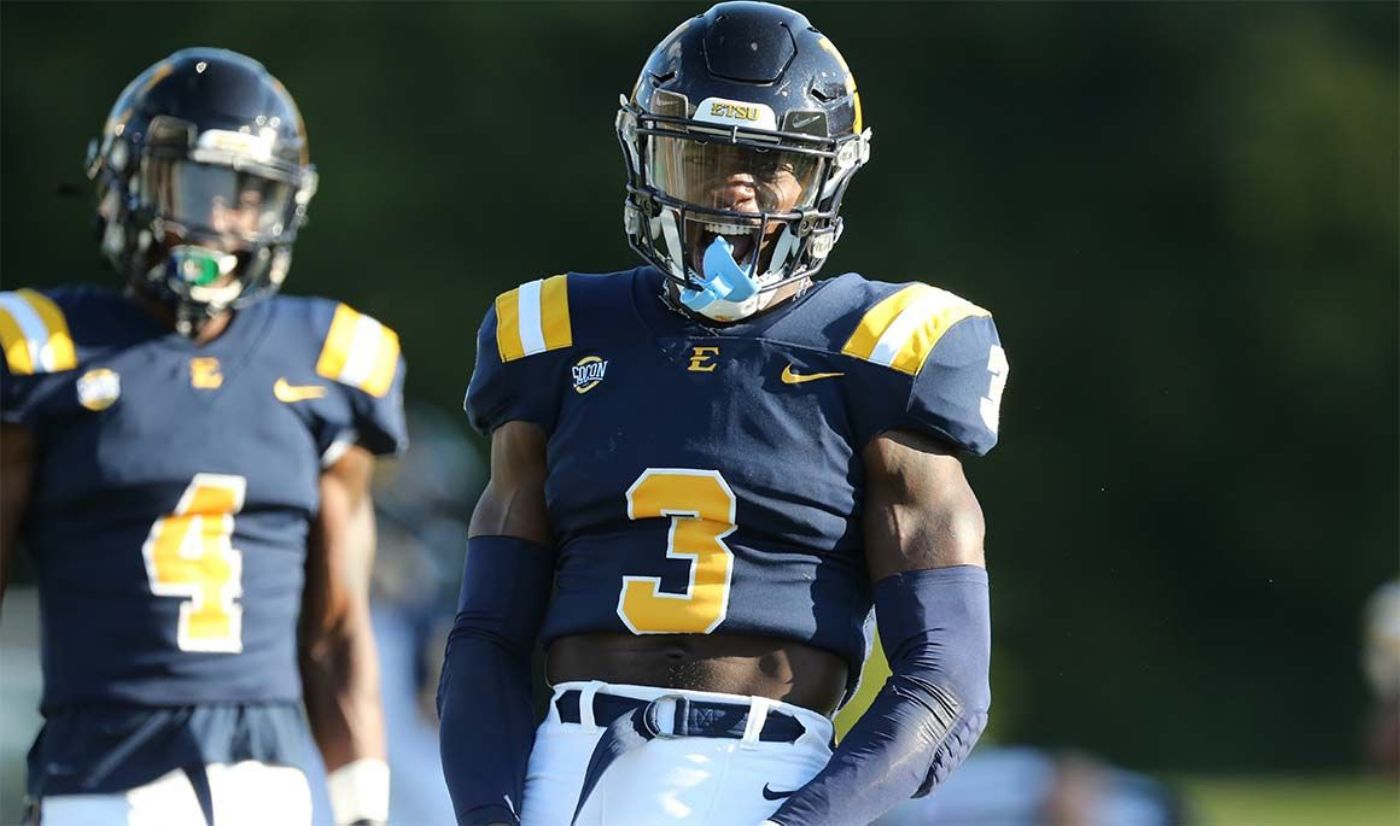 ETSU topples The Citadel at home

JOHNSON CITY, Tenn. (Oct. 9, 2021) – It was another win for the Buccaneers, this time cruising past The Citadel in blowout fashion by the final score of 48-21 at William B. Greene, Jr. Stadium. With the win, ETSU improved to 6-0 on the season, including 3-0 in Southern Conference action. The Bulldogs dropped to 2-3 on the campaign and 1-1 in league play.

ETSU cruised past the Bulldogs behind 558 yards of offense, a new season high for the squad. The Bucs outrushed and outplayed The Citadel, tallying 288 rushing yards and corralling 270 yards through the air. ETSU possessed the ball for 32:09, compared to 27:51 from the Bulldogs.

The ETSU offense was led by Quay Holmes (Powder Springs, Ga.) who rushed for 132 yards and two touchdowns, followed by Jacob Saylors (Jasper, Tenn.) with 94 yards on 12 carries and one score. Four different players had a rushing touchdown in Saturday’s win, including Bryson Irby (Douglasville, Ga.) and Jawan Martin (Decatur, Tenn.) who each found the endzone for the first time in their careers. Redshirt-freshman quarterback Tyler Riddell (Tampa, Fla.) capped off the game with 270 passing yards and one score, a two-yard connection to Nate Adkins (Knoxville, Tenn.).

The Buccaneer defense maintained the triple option attack of the The Citadel, limiting the enemy to just 21 points and 330 yards of total offense. The Bulldogs only accumulated 15 first downs as the Bucs stoned the rallies and limited the third-down conversions. ETSU was led by Donovan Manuel (Ellenwood, Ga.) with a career-best 14 tackles and Jared Folks (Harrisburg, Pa.) with 11 tackles.

NEXT GAME UP
The Bucs are on the road next week with a much-anticipated matchup in the Rail Rivalry with in-state rival, Chattanooga. Kickoff is set for 1:30 p.m. in Chattanooga, Tenn.