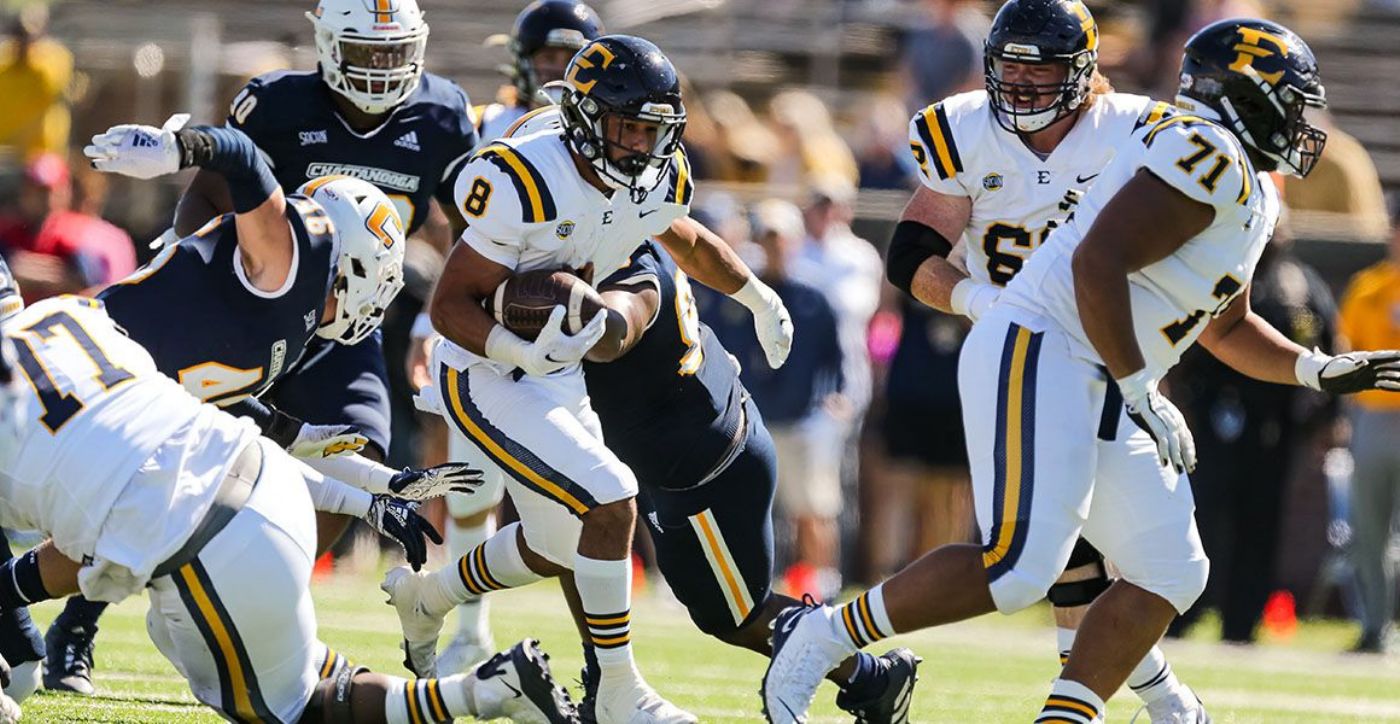 Plagued by a season-high three turnovers, eight penalties and surrendering two rushing touchdowns of 49 and 58 yards, the No. 10 ETSU football team suffered its first loss of the season as Chattanooga defeated the Bucs, 21-16, on Saturday afternoon from Finley Stadium.

Despite gaining more total yards of offense, it was Chattanooga’s 235 yards on the ground that proved the difference. The Bucs out-gained the Mocs, 342 to 317, but two fumbles and one interception haunted ETSU. The Bucs fought until the very end as they recovered an onside kick with 30 seconds remaining, but an offside penalty resulted in the Bucs having to re-kick, which Chattanooga recovered. The Mocs took one knee and escaped for the five-point win to keep The Rail in the Scenic City for another year.

Jacob Saylors (Jasper, Tenn.) had a successful return home as he rushed for 121 yards on 13 carries and had a season-long 54-yard touchdown run. Saylors posted his sixth career 100-yard rushing game, while his 121 yards were the third-most of his collegiate career. Jalen Porter (Gallatin, Tenn.) and Mike Price (Stockbridge, Ga.) led the Buccaneer defense with six tackles each, while Porter generated the lone ETSU sack. Alijah Huzzie (Franklin, Ga.) had his first interception of the season to go with four solo tackles and Tyree Robinson (Gainesville, Ga.) had five tackles and one fumble recovery. Unfortunately, after only being sacked four times in its first six games, Tyler Riddell (Tampa, Fla.) was sacked five times with Devonnsha Maxwell accounting for 4.5 of them.

With the loss, ETSU dropped to 6-1 overall and 3-1 in SoCon play, while Chattanooga improved to 3-3 overall and 2-1 in conference action.

ETSU plays its second consecutive road game next Saturday when the Bucs play at Furman. Kickoff is set for 2 p.m. at Paladin Stadium.