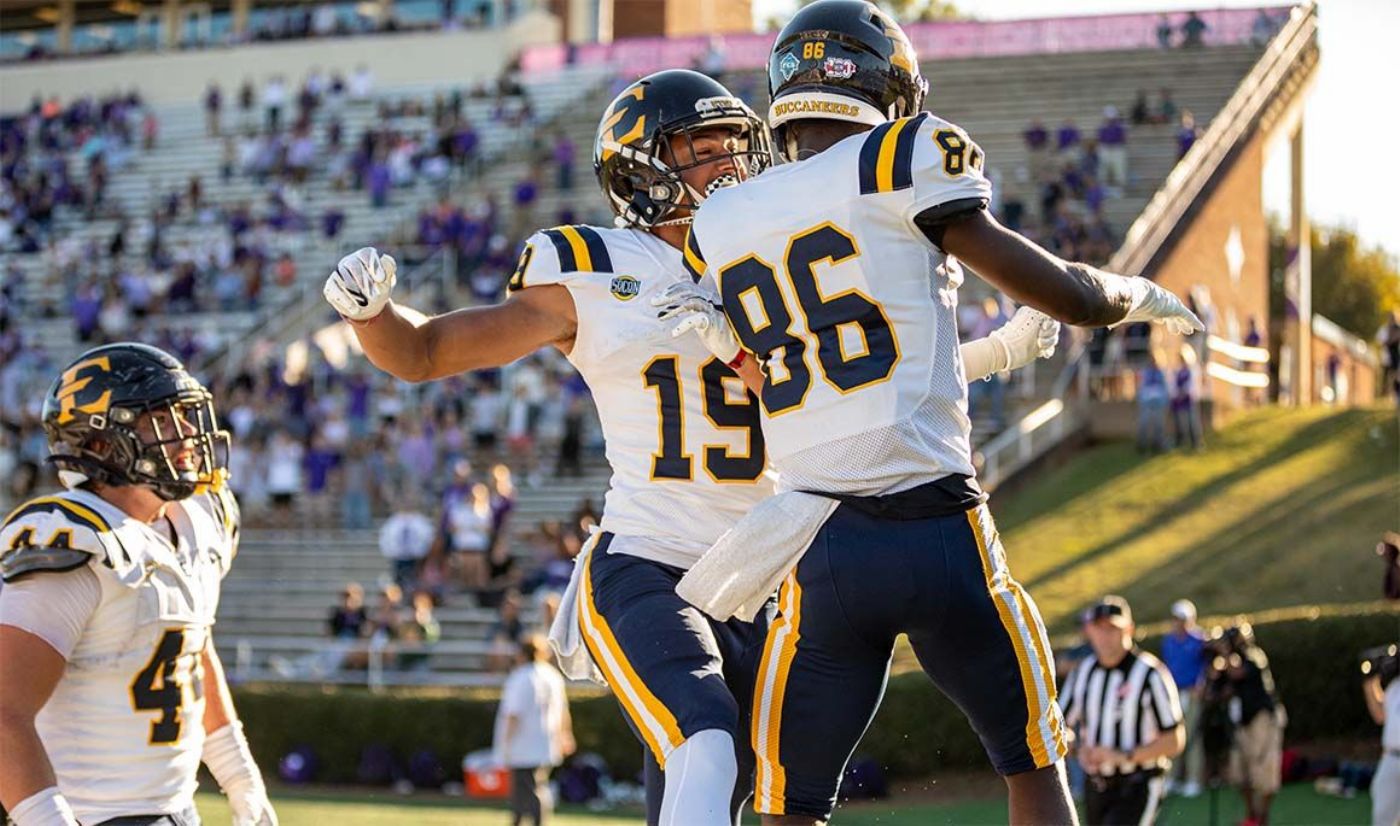 GREENVILLE, S.C. (Oct. 23, 2021) – History has officially been rewritten in Greenville, S.C. as the Bucs toppled Furman, 17-13 thanks to a last-minute touchdown connection between Tyler Riddell (Tampa, Fla.) and Malik Murray (Duluth, Ga.).

With nine seconds remaining on the clock, the Bucs jumped ahead for good with the touchdown reception in the back of the endzone, forcing the Paladins to attempt to pull off a miracle. Furman tried the old hook-and-ladder maneuver on the final play but it was snuffed out by the Buccaneer defense with Steven Scott (Greensboro, N.C.) forcing a fumble and Zach West (Boone, N.C.) sealing the game with the recovery.

The Bucs came out victorious in the defensive slugfest to improve to 7-1 on the season and more importantly 4-1 in Southern Conference action. Furman drops to 4-3 on the campaign and 2-2 in league play.

ETSU’s offense was slow to start the road game with just 99 yards of offense in the opening 30 minutes of play. However, the Bucs answered the call in the second half with 223 yards of offense, including 105 rushing yards. Quay Holmes (Powder Springs, Ga.) ended the game with 18 carries for 112 yards and one touchdown, making it an even 10 touchdowns on the season and a birthday to remember. Riddell capped off the game with an efficient 22 completions in 30 attempts for 177 yards and the touchdown pass that will live in ETSU history. Murray and Will Huzzie (Duluth, Ga.) led the team in receptions with five apiece, with Huzzie tacking on 53 yards.

ETSU’s defense was stifling yet again, allowing 13 points to the Paladins and holding the Furman offense to just 302 yards, including 75 on the ground. Donovan Manuel (Ellenwood, Ga.) and Jared Folks (Harrisburg, Pa.) led the way with nine tackles each. The Bucs received a huge boost from West on the defensive front with four tackles, one interception and the game-winning fumble recovery.

NEXT GAME UP
ETSU will have its bye week this coming Saturday (Oct. 30) before welcoming VMI into town on Saturday, Nov. 6. Kickoff against the Keydets is set for a 1 p.m. start and will be homecoming for the Blue & Gold.