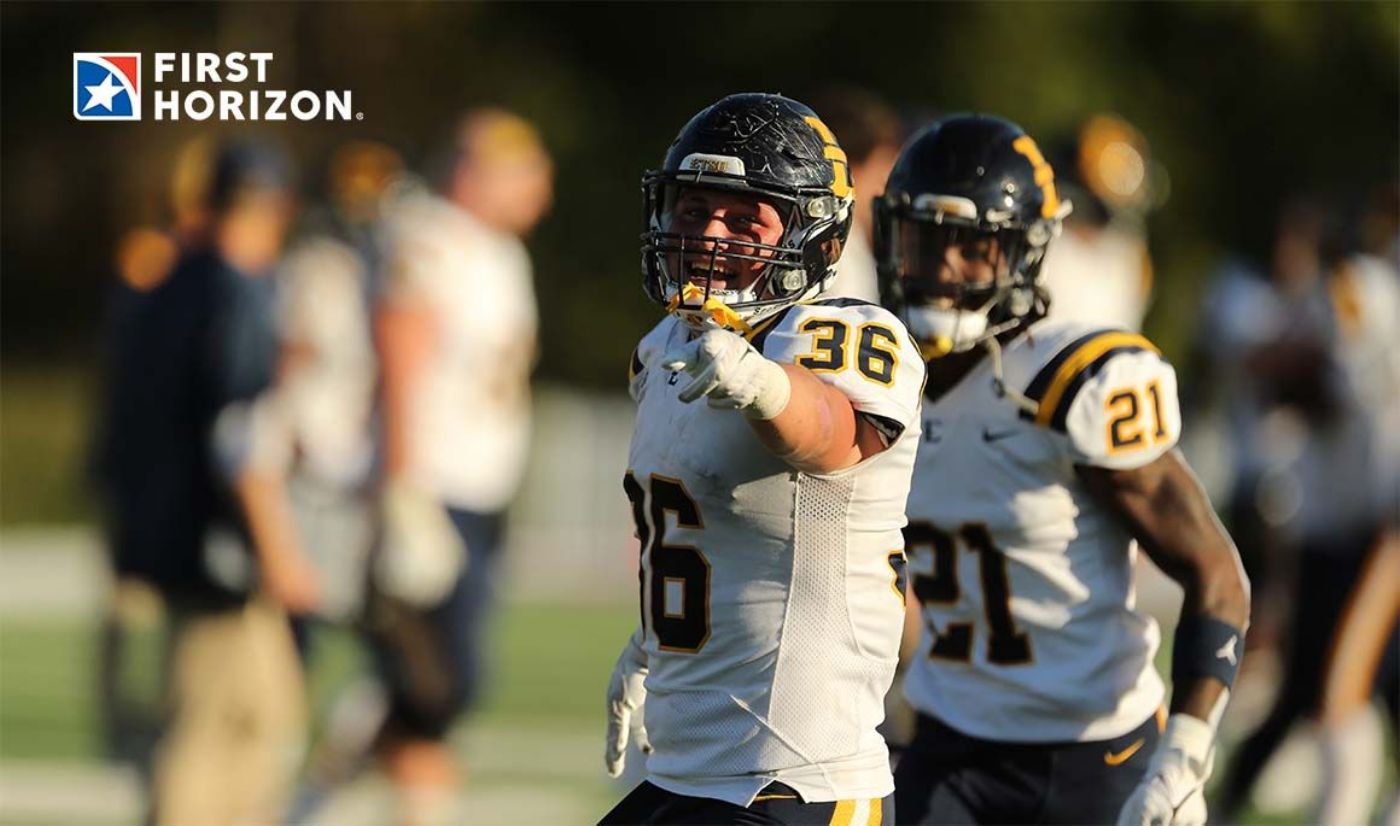 JOHNSON CITY, Tenn. (Nov. 5, 2021) – Saturday’s ETSU Football game is the biggest one yet! The stage is set as the 14th-ranked Bucs will play host to the 18th-ranked VMI Keydets in a pivotal home game that will impact playoff chances and Southern Conference Championship aspirations.

What a Stage
It doesn’t get any bigger than Saturday afternoon at William B. Greene, Jr. Stadium! The Bucs, entering the game ranked 14th in the NCAA will play host to No. 18 VMI at 1 p.m. ETSU will be taking part in homecoming where the homecoming winners will be announced at halftime on the field. There will also be a FERRIS WHEEL in the tailgating lot to add to Saturday’s festivities. More importantly, Saturday’s game will feature a pair of one-loss Southern Conference teams. We will have tailgating; we will have amazing football and we anticipate a sellout crowd on hand as the Bucs and Keydets fight to join Mercer (5-1) atop the SoCon standings. Saturday features a battle where SoCon Championship hopes stay alive and others potentially shatter. The FCS Playoffs are just three weeks away and this game has major implications on who can fight for the automatic and at-large bids. The stage doesn’t get any bigger than this.

Next Man Up
As is typical with college football, late in the season injuries happen. The Bucs’ head coach Randy Sanders does not linger on injuries. His mantra is “next man up”. The Bucs have seen the next man rise to the occasion all season long, whether it be Stephen Scott’s heroics in Nashville against Vanderbilt, Jalen Porter dominating Delaware State for four sacks in place of an injured Blake Bockrath, or Zach West coming up with critical stops in a statement win in Greenville, S.C. The Bucs will not stop fighting and the next man is prepared to make the big plays!

Up for Grabs
The 2021 Southern Conference title race is shaping up to be a good one. Mercer leads the league at 5-1 in SoCon action and is currently enjoying its bye week. Chattanooga, ETSU and VMI are all 4-1 in league play, with ETSU and VMI squaring off this Saturday. Chattanooga will aim to get past Wofford this weekend with a critical game at Mercer the following week. The Bucs will conclude the regular season with Mercer, while the Keydets finish the last two weeks at Furman and home to Western Carolina.

Keeping up with the Keydets
VMI is fresh off back-to-back 45-point outings for the first time since 1922, most recently a narrow 46-45 win over Samford on Oct. 30. VMI is 6-2 on the campaign and 4-1 in league action. The Keydets have a three-headed monster at wide receiver: Leroy Thomas, Jakob Herres and Michael Jackson. The trio have combined for 110 of VMI’s 179 receptions, 1,324 of the team’s 1,908 yards and 10 of the 13 receiving touchdowns. Not to mention, the Keydets have found success in the running game behind Korey Bridy who has 125 carries for 622 yards and seven touchdowns. Defensively, the Keydets are led by Preseason SoCon Defensive Player of the Year - Stone Snyder. Snyder has 85 tackles on the season (33 solo) to go along with 5.5 tackles for loss and 1.0 sack.

The broadcast team of Jay Sandos, color analyst Robert Harper , along with studio hosts Mike Gallagher and Don Helman will provide ETSU fans all the information they need to complement their game-day activities.

Saturday’s game will be broadcast on ESPN+ with the team of Mike Gallagher (play-by-play) and Mark Hutsell (analyst) providing the call.