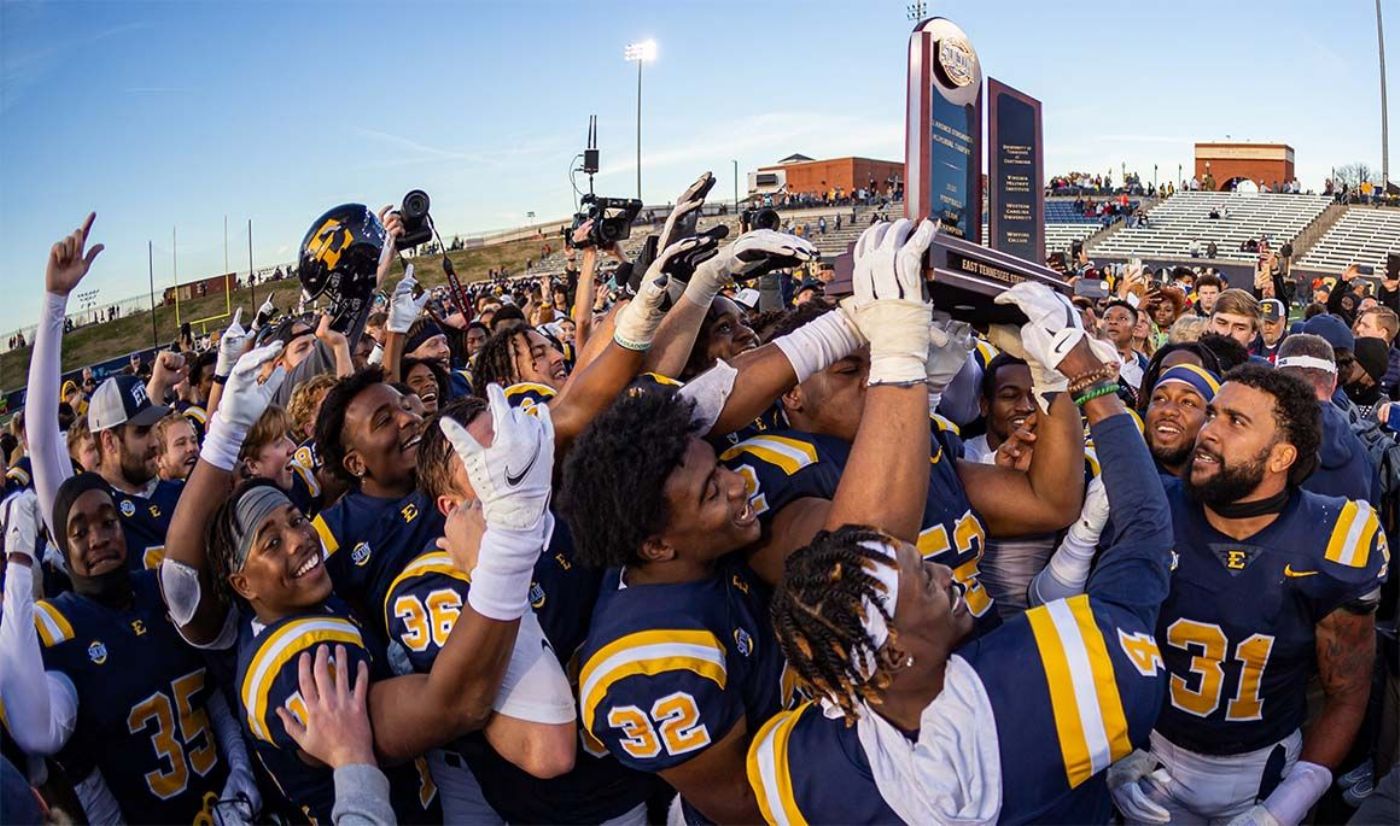 JOHNSON CITY, Tenn. (Nov. 20, 2021) – The ETSU Football team has officially been crowned CHAMPIONS of the Southern Conference. In a winner-take-all, de facto title match, the Bucs outlasted the Bears 38-35 in front of yet another William B. Greene, Jr. Stadium record crowd of 10,594 patrons. With the win, ETSU hoisted the trophy en route to its second SoCon championship in the Randy Sanders era.

The game was not decided until the closing seconds as Mercer’s attempt at a game-tying field goal sailed wide left as the clock struck zero. Prior to the attempt, Devin Folser banged one off the right upright and in between the posts, but the Bucs called a strategic timeout.

In a game where the defense had its hands full, the Buccaneer offense continued to shine as it has done all season. Quarterback Tyler Riddell (Tampa, Fla.) completed a career-high 26-of-29 passes for 265 yards and three touchdowns. Riddell connected with Malik Murray (Duluth, Ga.) for two touchdowns and 73 yards, while finding go-to receiver Will Huzzie (Duluth, Ga.) for 76 yards and one touchdown. Quay Holmes (Powder Springs, Ga.) continued to do his thing with 132 yards on the ground, becoming ETSU’s all-time single-season (1,431) and career (4,142) rushing leader.

The Buccaneer defense was able to force three turnovers for the fifth time this season, led by Alijah Huzzie (Franklin, Ga.) with two interceptions and Tyree Robinson (Gainesville, Ga.) with one interception. ETSU was led in tackles by veteran linebacker Jared Folks (Harrisburg, Pa.) with 11.

UP NEXT
The Bucs earned the SoCon’s automatic bid into the upcoming FCS Playoff and will learn who, where and when they will be playing next. The FCS Playoff selection show will be tomorrow at 12:30 p.m. on ESPNU.