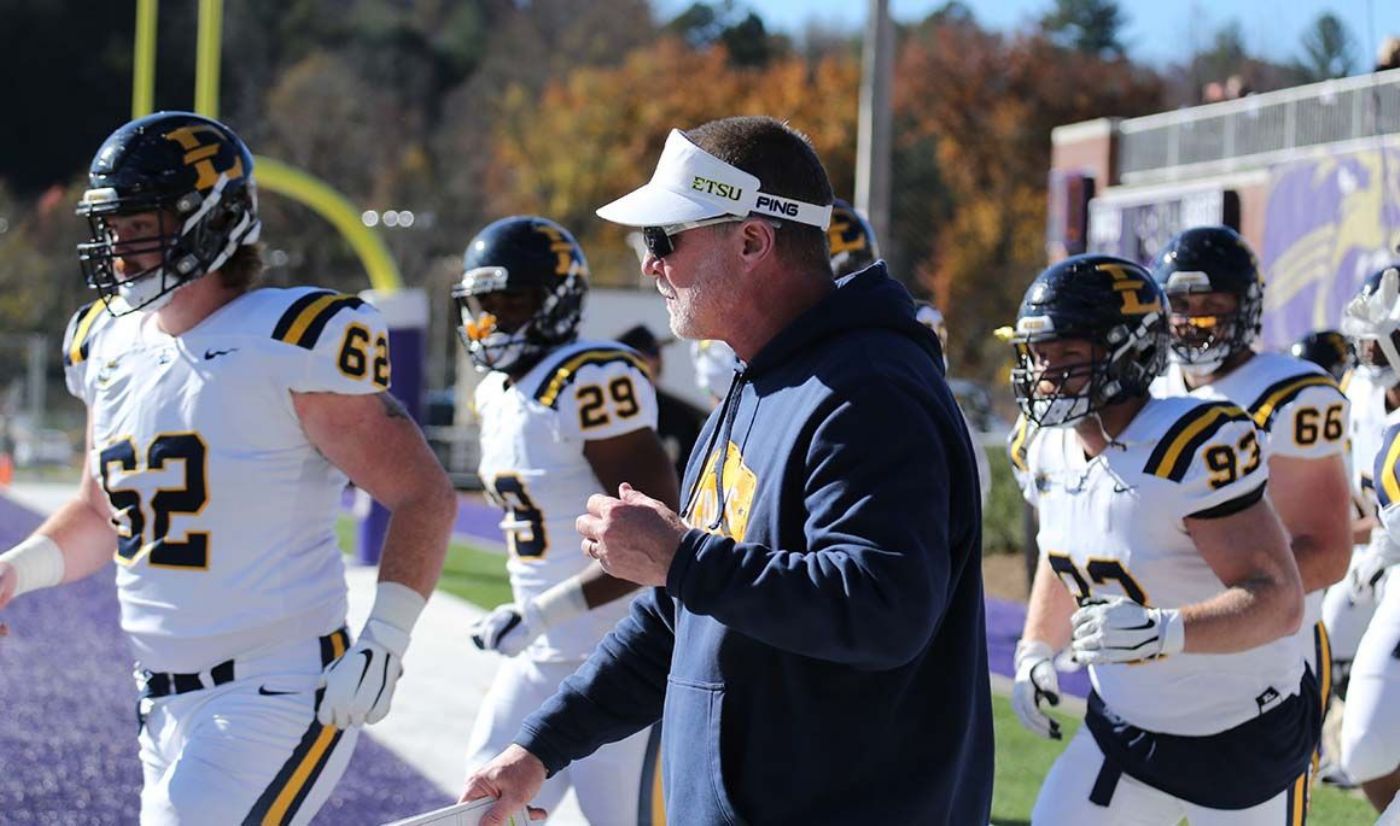 Below are comments from Coach Sanders, Folks, Holmes and Shorts:

Head Coach Randy Sanders
What are your thoughts on Kennesaw State and what are you expecting from them?
“Kennesaw State is a good football team. Obviously if they weren’t good, they wouldn’t be in this position. They run the three-back option on offense and that is something that we see a couple of times a year, so that helps. Defensively they play pretty similar style that we run. Maybe not quite as multiple in their coverage package but front blitzes are pretty similar. They are good people and they do it with good players. Coach Bohannon and his staff are good coaches and they know what they are doing.”

How do you keep this team level-headed going into this weekend?
“This team particularly has done a really good job of buying in the idea that we had our goals coming into this season and that we have accomplished three of those goals. How do we go about accomplishing them? We must remember who we are and how we win, and that will help us in accomplishing goals along the way. I don’t think we’ve lost sight of who we are. Yes, we are SoCon champs but that doesn’t change who we are and how we win games.”

Linebacker – Jared Folks
What are your thoughts on having to play the triple option again?
“It is all about assignment football. You have to focus and hone in on what Coach Taylor is saying. Take every rep seriously, but understand that this is just another week. This is the same thing we have to do every week. Each rep has to mean something.”

What does the that offense do to try and beat you guys?
“That type of offense wants to lull you to sleep. They want to be tougher than you but they want you to get you out of your assignment. There are 11 people on the field and if one person is out of place, the ball is going to find the mistake. We have to make sure we are all on point and doing our jobs.”

Running Back – Quay Holmes
Have you thought about the full circle of playing Kennesaw State in 2015 to now?
“I have thought about it a little bit. I think it is a cool thing and is one of those historical moments. That was our first game back as a program in 2015 and to be able to play them again is special. I wouldn’t say it is much of a rivalry since it has been years since we played them. However, it has definitely come full circle. We are both fairly new programs and to see the success that both programs have had is an amazing thing.”

Do you have the feeling more this time around that you “belong” in the playoffs?
“I feel both years we felt that we belonged, especially this year though. We put together a good campaign and to be able to be a seeded team, it was good to get that recognition of our hard work as a team. We definitely feel like we belong and that we can make a run in the playoffs.”

Offensive Lineman – Tre’mond Shorts
How important is it to win that battle in the trenches this week knowing both teams want to run the ball?
“It is always important to establish a good running game. With the great backs that we have, it is easier at times. By establishing a good running game, it makes it easier to open up the screen passes or play-action plays and other dimensions in the offense.”

How are preparations different this year than they were in 2018?
“The biggest difference is that we get to play here at home and have the home field advantage instead of having to travel seven hours to Jacksonville. I feel as a player, if you prepare harder for a game then you put more added pressure on yourself. I don’t think you should prepare harder, just tone things more whether it is technique or film studies. It is the little things you need to focus on to prepare for this week.”