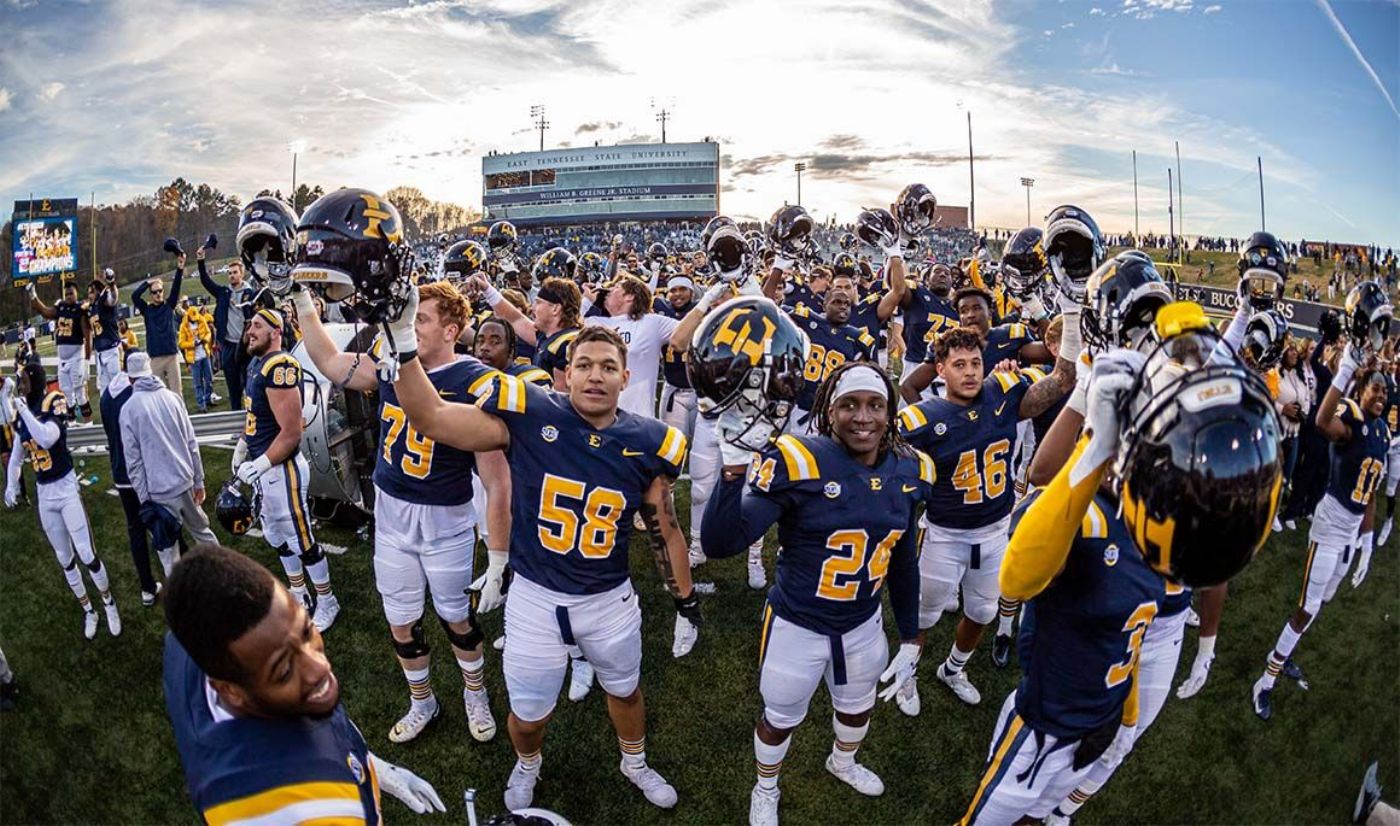 JOHNSON CITY, Tenn. (Dec. 1, 2021) —  The Tri-Cities may be lit up in a rainbow of colors for the holiday season, but, this Friday, the region is going all in on blue and gold. Leaders in Bristol, Jonesborough, Johnson City and Kingsport are all declaring Friday, Dec. 3, “Blue and Gold Day” in celebration of the East Tennessee State University football team’s run for the national championship. Mayors Mahlon Luttrell, Chuck Vest, Joe Wise, and Pat Shull are encouraging area residents to decorate homes, schools and businesses in blue and gold and wear the ETSU colors on Friday.

“East Tennessee State University serves as an integral partner to this community through its ongoing commitment to improving the quality of life for people in our region,” the Johnson City proclamation states.

The ETSU football team has already claimed the title of Southern Conference Champions. Now they’re making a bid for an FCS national championship. Their first playoff game will be held at home, in William B. Greene Jr. Stadium, this Saturday, Dec. 4, at 2 p.m. Record attendance is expected, and fans can purchase tickets at etsutickets.com.

The team has brought home dozens of Southern Conference postseason honors. Running back Quay Holmes was named the SoCon Offensive Player of the Year, while Coach Randy Sanders earned the Coach of the Year award.

A pep rally to support the team will be held tonight, Dec. 1, at 5:45 p.m. inside of Wild Wing Café in downtown Johnson City, prior to the weekly ETSU Coaches Radio Show, which begins at 6 p.m. Members of the university, athletics department and Coach Sanders will be in attendance, and ETSU is giving away free prizes including Buccaneer-themed cornhole boards and coolers.