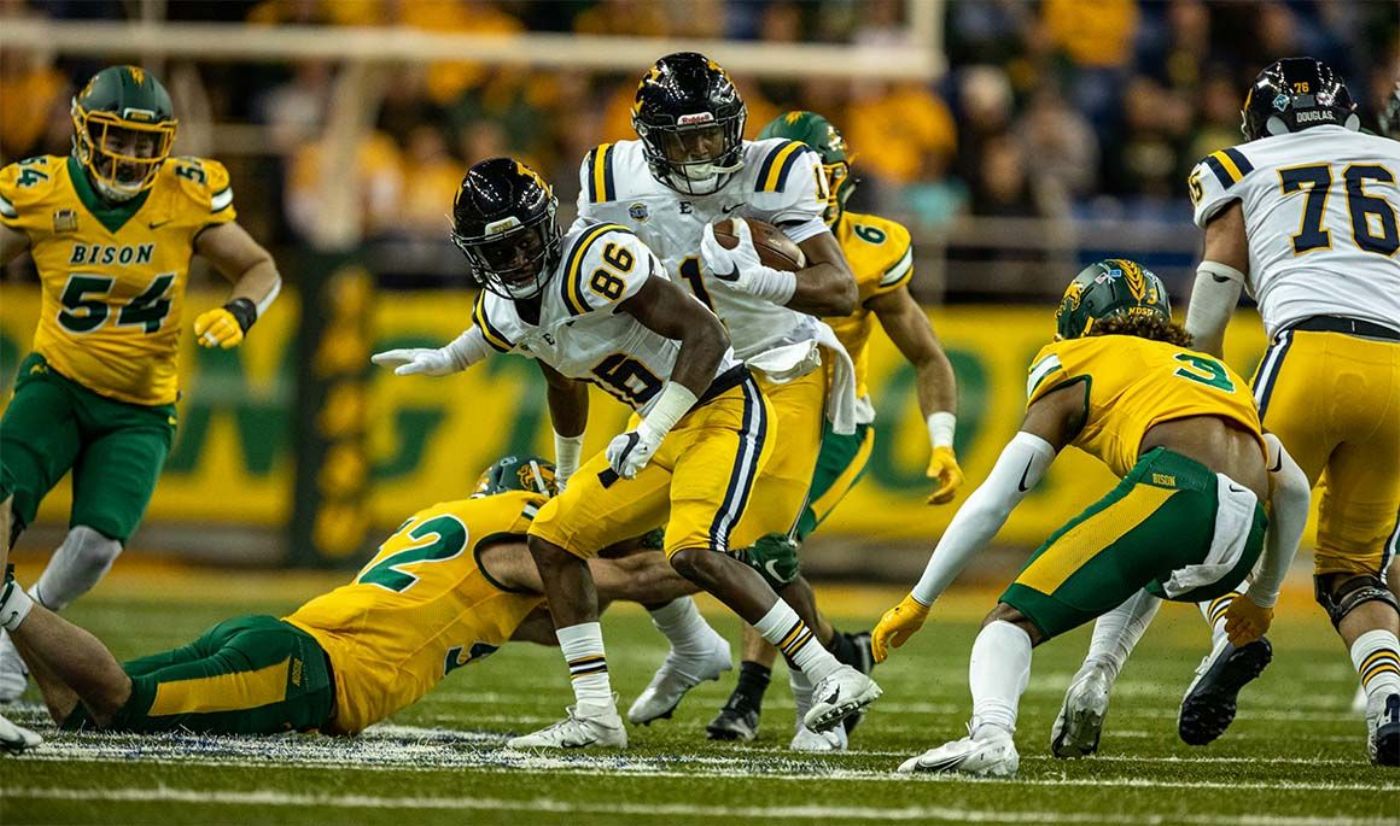 Bucs drop a 27-3 decision to the Bison

FARGO, N.D. (Dec. 11, 2021) – The ETSU Football team dropped a 27-3 decision to 2nd-seeded North Dakota State in the FCS Quarterfinals on Saturday inside the Fargodome in Fargo, N.D. With the loss, the Bucs conclude their season with an 11-2 overall record.

The Bucs had their hands full in the quarterfinal game with a team that has lost just six home games since 2011. The Bison picked up 401 yards of offense, including 278 on the ground. The Bucs finished the game with 165 total yards, including 66 in the ground game and 99 through the air. North Dakota State scored the game’s first 20 points and just relied on its defense to do the rest, allowing ETSU to score just three points on the afternoon.

Tyler Riddell (Tampa, Fla.) finished 16-of-32 with 92 yards, completing six passes to Malik Murray (Duluth, Ga.) for 40 yards. The Buccaneer duo in the backfield combined for 69 yards on 21 carries, led by Quay Holmes (Powder Springs, Ga.) with 35 yards on 14 carries.

The ETSU defense was led in tackles by Tyree Robinson (Gainesville, Ga.) and Mike Price (Stockbridge, Ga.) with 10 apiece, while Donovan Manuel (Ellenwood, Ga.) chipped in for eight. Veteran linebacker Jared Folks (Harrisburg, Pa.) picked up the lone sack for the Blue & Gold.