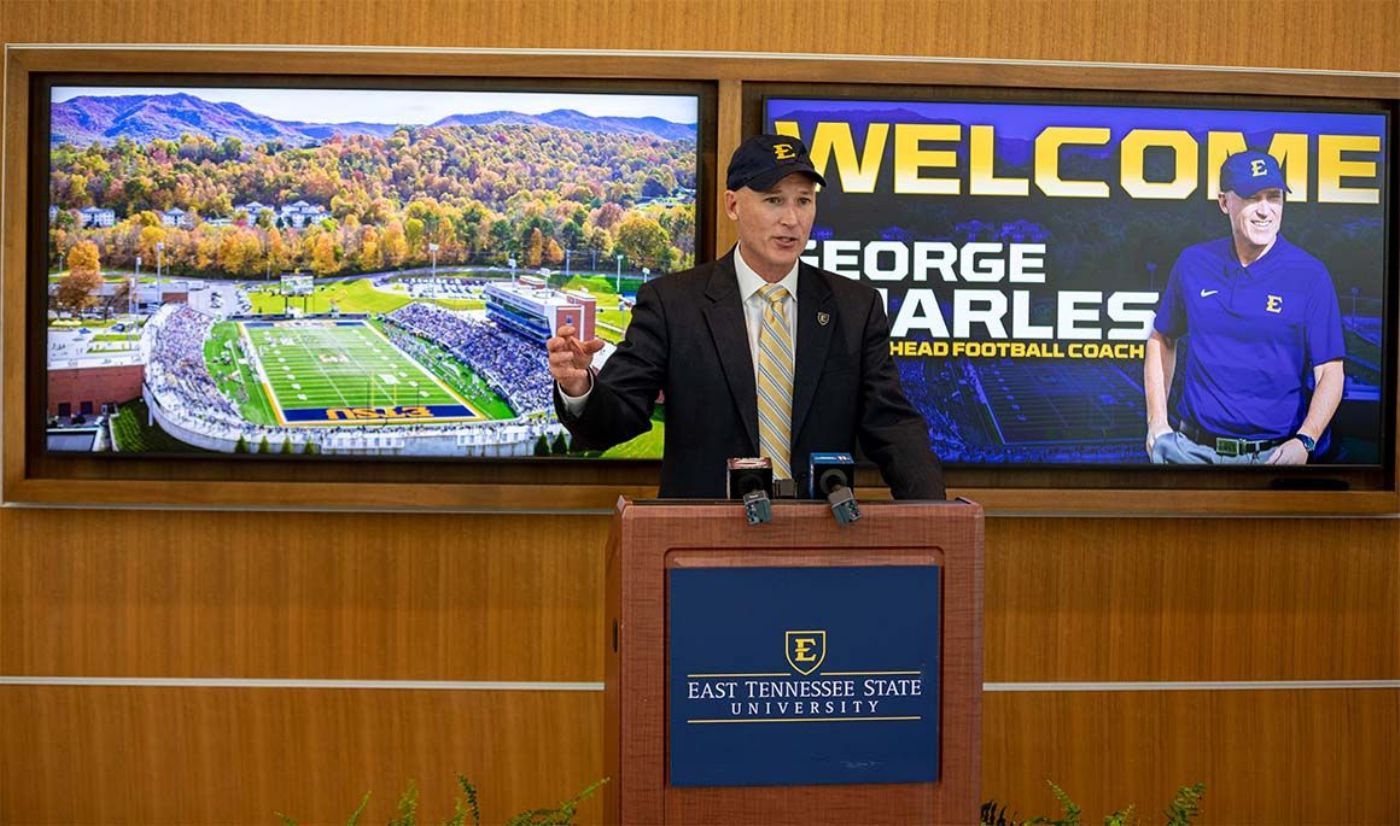 JOHNSON CITY, Tenn. (Dec. 23, 2021) – A new leader of the ETSU football program has been found and his name is George Quarles.

“It is an honor and privilege to welcome George Quarles as the head coach of ETSU Football. Throughout his career in football, he has personified winning both on and off the field,” said Carter. “From his roots at Jefferson County High School to the Southern Conference, he has compiled daunting statistics in 39-years of playing and coaching the game; winning over 450 games, having 27 seasons with 10 or more wins, 34 seasons leading to the playoffs, and having 29 seasons where his team won at least one championship. Coach Quarles’ record of success is historic throughout the United States, and I am most excited about the person of character and father figure he will be as the head coach of ETSU football. We first met as rivals on a football field in 1995, and I have always admired his love of the game and competitive spirit. During many years as friends and competitors, I have wanted to work with him and am so excited that today we get to do just that.”

No stranger to the Southern Conference, Quarles displayed his excitement about donning the Buccaneer logo and leading the program.

“I would like to thank Dr. Brian Noland, the ETSU Board of Trustees, and Scott Carter for trusting me with this opportunity,” said Quarles. “I am humbled, honored and excited to be the head coach of East Tennessee State University Football. We are hoping to build onto the championship culture that has already been established. ETSU is an amazing place with amazing people. I can’t wait to get started.”