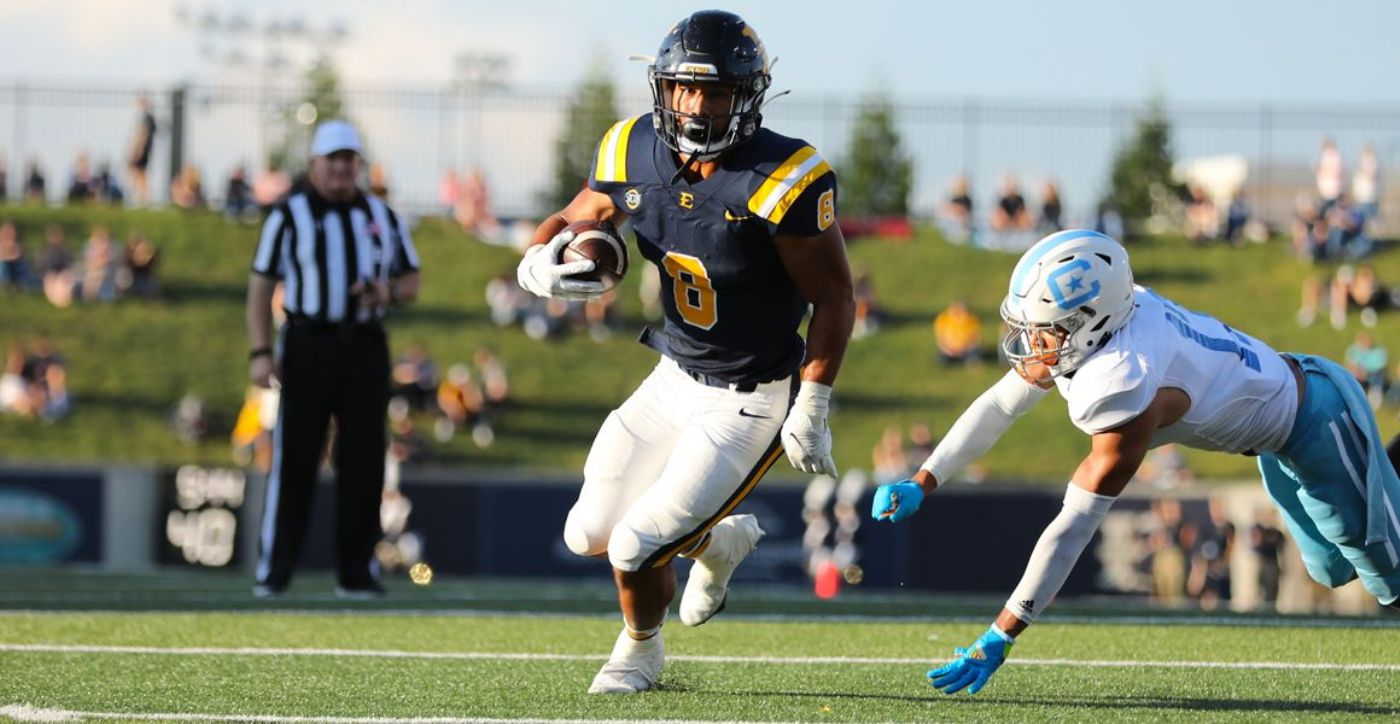 The Buccaneer senior running back was one of 35 FCS players named to the 2022 Walter Payton Award Preseason Watch List, which was announced on Wednesday by Stats Perform.

The award, given to the national offensive player of the year in college football’s Division I subdivision, features all 15 FCS conferences represented and includes 10 past finalists.

The Buccaneer running back set the single-game program record with 266 rushing yards in the win over Western Carolina last season, while Saylors earned All-American honors by the Associated Press and Stats Perform FCS following the historic 2021 season.

Saylors finished the 2021 season ranked third among FCS players in rushing yards per carry (7.13) and sixth in all-purpose yards per game (144.77).

The Blue and Gold held their first day of practice on Wednesday in preparation to the 2022 season opener, which is scheduled for Thursday, Sept. 1 when ETSU hosts Mars Hill. To purchase tickets for the upcoming 2022 season, please call the ETSU Ticket Office at 423-439-3878 or visit ETSUTickets.com.