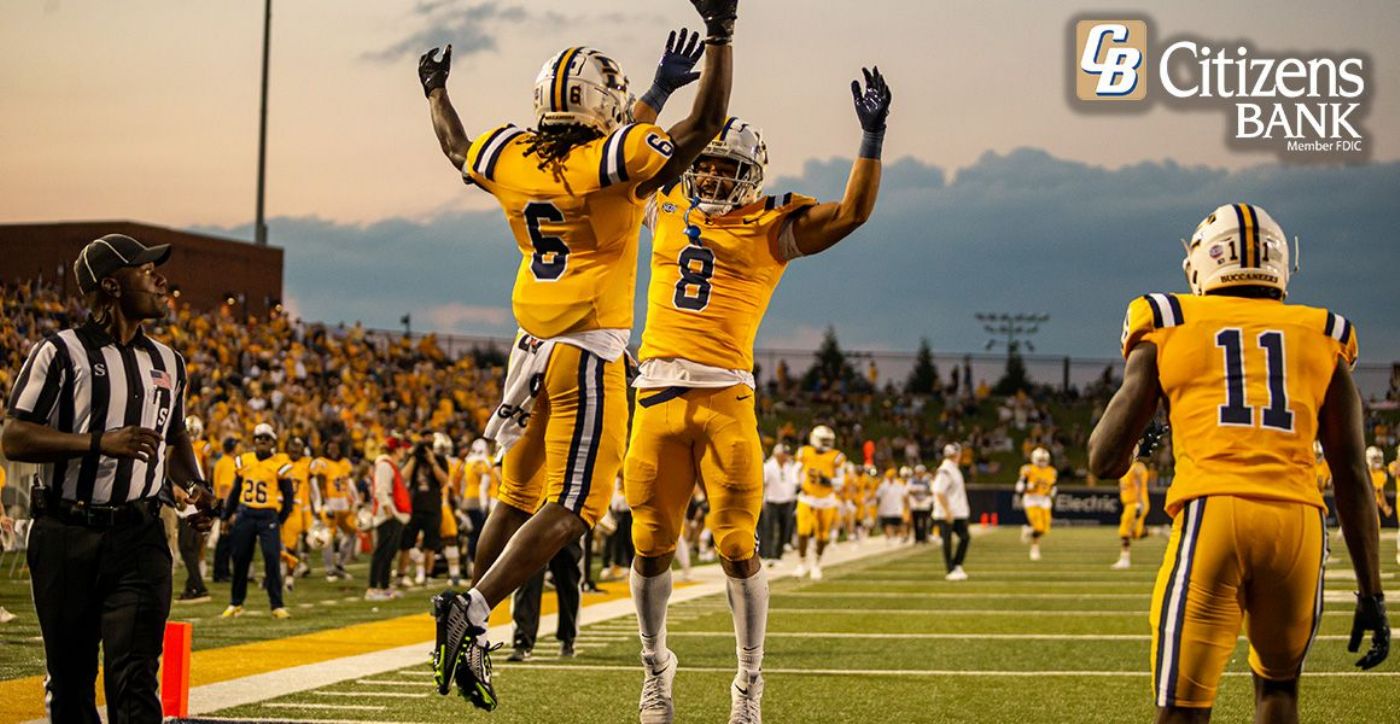 Things to Know brought to you by Citizens Bank

JOHNSON CITY, Tenn. (Sept. 22, 2022) – ETSU football steps away from Southern Conference play this Saturday with a non-conference contest against Robert Morris in the Pittsburgh, Pa. area.

Before Saturday’s showdown, here are the Top Things to Know brought to you by Citizens Bank.

No. 1 – Kickoff: Kickoff for Saturday’s game is set for noon at Joe Walton Stadium in Moon Township, Pa.

At halftime, the crew will have the Mr. Electric Halftime Show, while fans can tune into the Mullican Flooring Post Game Show for a full wrap up, with game statistics, players and coach interviews and other post-game information.

Saturday’s game will also be broadcast on ESPN+ with Chris Shovlin (play-by-play) and Ray Thomas (color) on the call.

No. 3 – Ticket Information: Tickets for Saturday’s game at Robert Morris are available online.

No. 4 – Series History: Saturday will mark the third all-time meeting between ETSU and Robert Morris with both teams splitting the first two matchups in 2015 and 2017. The Colonials won the first meeting in 2015 – ETSU’s first season of football since 2003 – with a 21-9 victory in Pittsburgh. The Bucs returned the favor in 2017 during the first Homecoming hosted at William B. Greene, Jr. Stadium, winning 16-3.

No. 5 – Road Generals: Saturday’s game against the Colonials will be ETSU’s first non-conference regular season road game since the historic 23-3 victory over the Vanderbilt Commodores on Sept. 4, 2021.