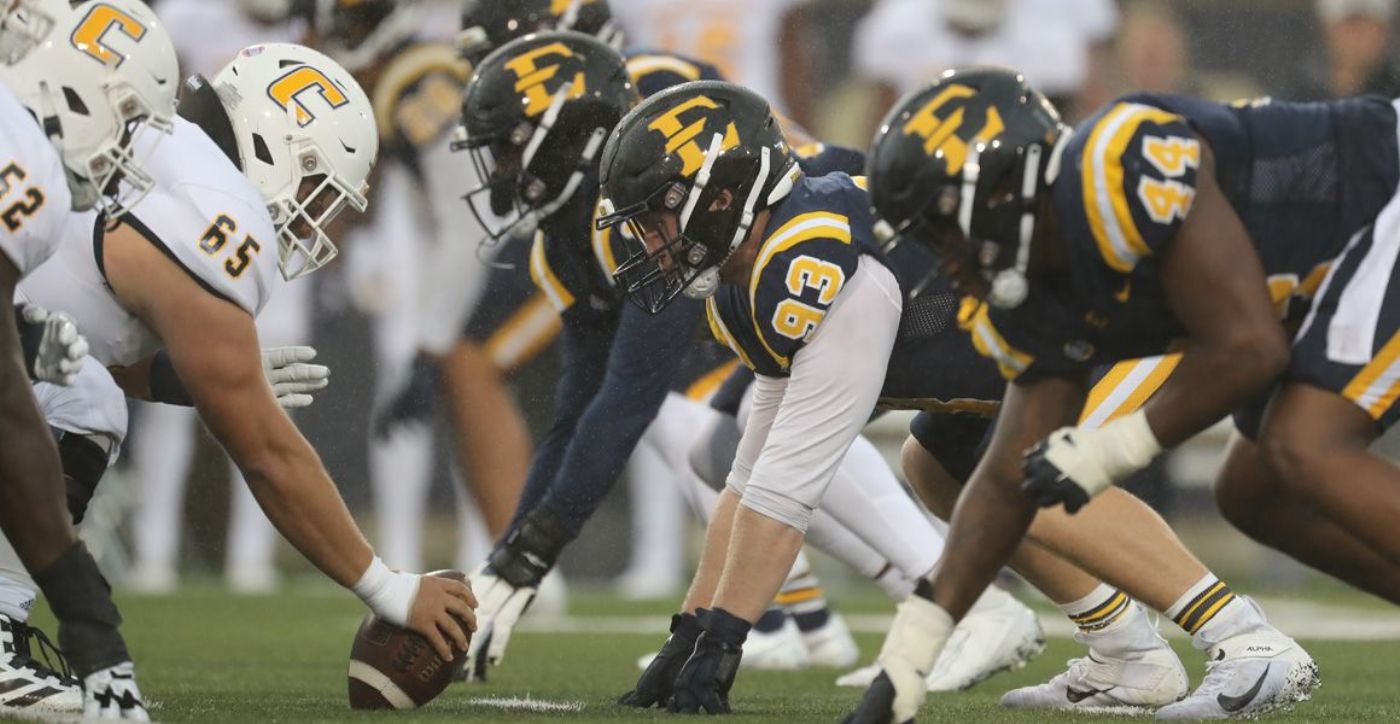 Mocs retain The Rail as Bucs slip in fourth quarter

Unfortunately, after jumping out to a 13-0 lead at halftime and taking 10-point advantage into the fourth quarter, the Buccaneers could not hold on as No. 10 Chattanooga rallied for a 24-16 victory on a cool and rainy Saturday at William B. Greene, Jr. Stadium.

The Bucs surrendered 21 fourth-quarter points and couldn’t muster much offense in the final 30 minutes as the Mocs kept The Rail for a third straight time.

In the first half, ETSU outgained the Mocs 190 to 68 en route to a 13-point lead. However, things shifted in the final 30 minutes where Chattanooga – the preseason Southern Conference favorite – totaled 271 yards of offense and limited the Bucs to 44 yards.

With the loss, ETSU dropped to 2-3 overall and 0-3 in conference play, while Chattanooga improved to 4-1 overall and 2-0 in league action.

ETSU 7, Chattanooga 0: The Bucs started strong on the game’s first possession, driving 83 yards on seven plays for a touchdown. Sophomore running back Bryson Irby (Douglasville, Ga.) capped off the drive with his longest-career rush for a 36-yard score.

ETSU 13, Chattanooga 0: After a botched snap by Chattanooga on a punt, ETSU took over in the red zone and Keltner extended the lead with a 32-yard field goal. The Bucs led with just under eight minutes remaining in the half and took the 13-0 lead into the locker room.

ETSU 13, Chattanooga 3: After the ETSU defense held its rival scoreless in the first half, the No. 10 Mocs got on the board with a 37-yard field goal from Andrew Southard with 3:08 to go in the third quarter.

ETSU 13, Chattanooga 10: The Mocs pulled within a possession in the first minute of the fourth quarter, capping off a 53-yard drive with a nine-yard touchdown run from Ailym Ford. The extra point made it 13-10 with 14:22 remaining.

Chattanooga 17, ETSU 13: Chattanooga took its first lead of the game with 10:38 to go, scoring on an 11-yard touchdown pass from Preston Hutchinson to Jamoi Mayes.

Chattanooga 17, ETSU 16: Special teams woes nearly cost Chattanooga the lead midway through the fourth quarter when a Trace Kelley (Gallatin, Tenn.) punt hit off the back of the Mocs’ Chris Houston and the Buccaneers recovered. ETSU turned that into three points with another Keltner field goal, which tied his single-game career high set last season at Vanderbilt. It pulled the Bucs within one point with 7:10 remaining in the contest.

Chattanooga 24, ETSU 16: The Mocs killed nearly six minutes on its final drive, finishing a 12-play, 75-yard drive with a one-yard rush by Ford — his second touchdown. ETSU tried to drive down the field with 1:11 remaining, but the final Hail Mary pass was unsuccessful at the goal line.

The Bucs will look for their first conference win next week on the road at VMI. Kickoff is set for 1:30 p.m. in Lexington, Va.