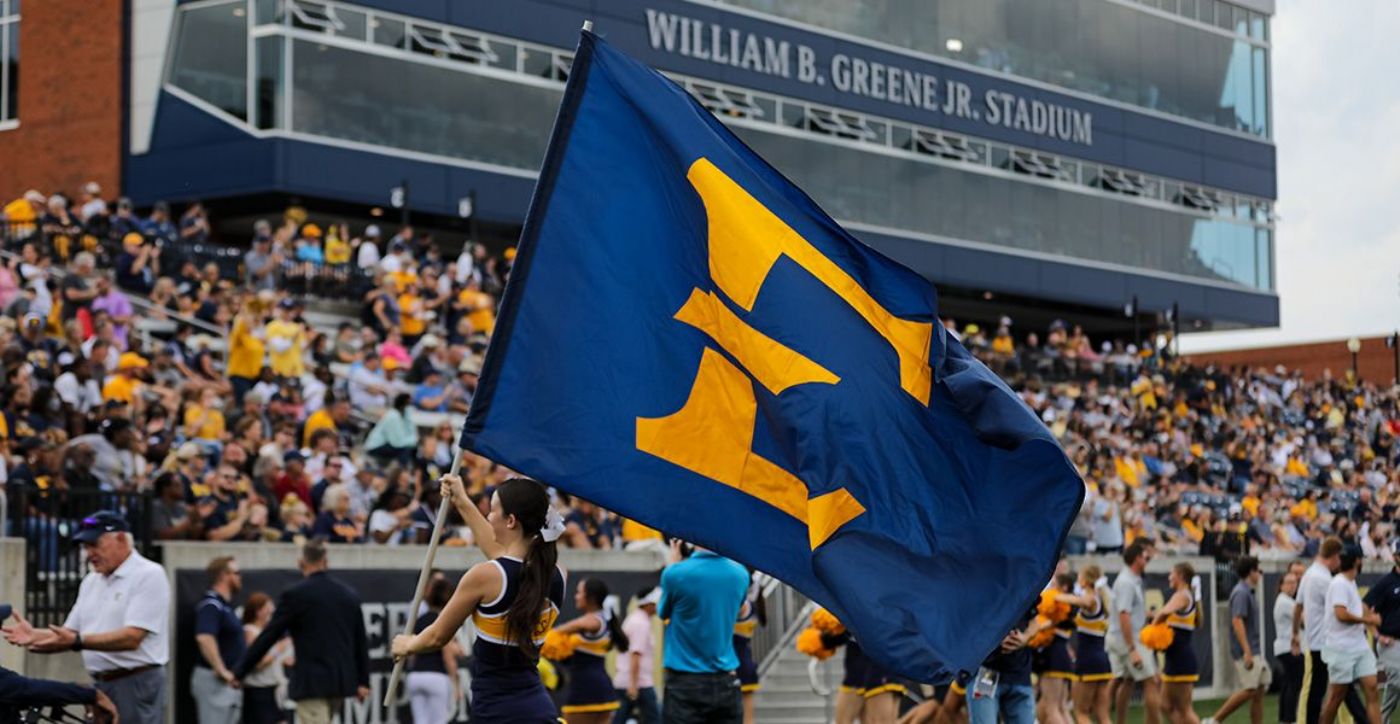 “We are excited to announce our 2023 schedule,” said Quarles. “This is a challenging slate of games as we play at Jacksonville State and Austin Peay early in non-conference play. Those games will help prepare us for another demanding Southern Conference schedule. Each week will be a difficult test and we need to come ready to play.”

BUCS OPEN THE SEASON ON THE ROAD

ETSU will open the season on the road with a rematch of the 2018 FCS Playoff game as the Bucs take on Jacksonville State on Saturday, Sept. 2 in Jacksonville, Ala. This time will be a step up in class for the Blue and Gold as the Gamecocks are now a Football Bowl Subdivision (FBS) team. The 2023 season marks Jacksonville State’s first as a member of Conference USA.

The first of five home games inside Greene Stadium marks a throwback to the Smoky Mountain Conference era as ETSU and Carson-Newman meet for the first time in nearly five decades on Saturday, Sept. 9. This marks the 32nd all-time meeting between the two in-state foes as the last time the teams met was on Sept. 14, 1974, while it’s the first time the Eagles are coming to Johnson City since Sept. 15, 1973.

Another old conference throwback is at stake for ETSU’s final non-conference regular season game as the Buccaneers wrap up their home-and-home series with Austin Peay on Saturday, Sept. 16 in Clarksville. The Buccaneers won the last matchup in 2019 and play at Austin Peay for the first time since 1977. ETSU leads the all-time series against the Govs, 15-12-2.

Following the bye week, the Southern Conference season commences on the final Saturday in September when the Blue and Gold take on reigning conference champion Samford in Birmingham. The last time the Bucs and Bulldogs met in Alabama, ETSU won a 55-48 overtime thriller during its historic 2021 season where the Blue and Gold won a school-record 11 games and captured the SoCon title outright.

BUCS AT HOME FOR TWO

After playing three of its first four games on the road, ETSU gears up for back-to-back home weekends as the Bucs take on Mercer in their SoCon home opener on Oct. 7, while hosting Wofford on Oct. 14.

The fifth edition of the Rail Rivalry is set for Saturday, Oct. 21 when ETSU makes the trek to the Scenic City to play Chattanooga. This season marks the 46th all-time meeting between the conference rivals with the Bucs looking to bring “The Rail” home for the first time since 2018.

LIFE ON THE ROAD

Following a rivalry game, the Bucs remain on the road as ETSU heads to the Palmetto State to play at Furman on Oct. 28. The Paladins reached the second round of FCS Playoffs last season as Furman knocked off Elon in the opening round before suffering a season-ending loss to No. 7 seed Incarnate Word. ETSU will be looking for its second straight win in Greenville following a 17-13 victory in 2021, marking the Bucs’ third win at Furman in program history.

ETSU plays two of its final three regular season games inside Greene Stadium as both VMI and The Citadel come to town in November. The Bucs open the month against the Keydets on Nov. 4, while playing the Bulldogs in the regular season finale on Nov. 18. The last time ETSU and The Citadel met on the final weekend of regular season play was in 2003 when the Bucs won 16-13 on Jonathan Godfrey’s 22-yard field goal with two seconds remaining, marking the final game ever played inside the Mini Dome.

Sandwiched between the final two home games is a trip to Cullowhee, N.C. for the Blue and Ridge Border when ETSU and Western Carolina clash inside E.J. Whitmire Stadium on Saturday, Nov. 11. The teams have split the first four matchups of the trophy game with ETSU looking to reclaim the crown following a controversial ending last season in Johnson City.

Fans can renew their season tickets today by calling the ETSU Ticket Office at 423-439-3878 or by visiting ETSUTickets.com.

Game times for the Buccaneer home games will be announced at a later day.