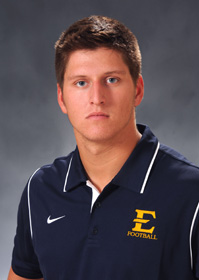 Played in nine games for the Bucs … Started as a defensive lineman before moving over to tight end … Had a season-high four tackles vs. Maryville (Sept. 10) … Finished with three solo tackles vs. the Fighting Scots … Posted tackles in three straight games from Sept. 10-Sept. 26.