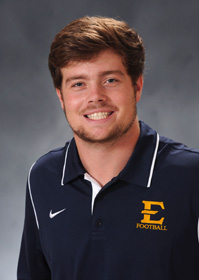 Played four seasons of both football and baseball at Blackman High School … led his team in tackles as both a junior and senior … was an all-distrcit, all-area and all-state selection in 2013 … played in the Tennessee East/West All-Star Game.