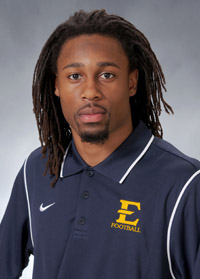 High School/Previous School: Played at Ventura College in Ventura, Calif., in 2014, and was a two-sport athlete at Lavergne High School ... in one season at Ventura College, he had 49 tackles on the year ... had 40 tackles, two forced fumbles and three interceptions as a senior in high school ... named team captain in 2013 ... participated in the East vs. West All-Star game and the Tennessee/Kentucky All-Star Game as a senior. Personal:  Born March 1, 1995 … son of Gloria Watkins … Expected to major in Psychology … played for high school coach Stanton Stevens.