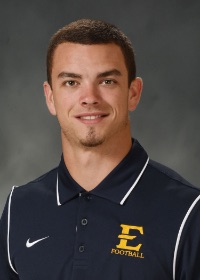 A four-sport athlete from Fred T. Foard High School, Williams played four seasons of football, along with basketball, track and golf … as a senior, was the Northwestern 3A-4A Conference Player of the Year and earned the WNNC Golden Helmet for Player of the Year … had the fourth best yardage total in North Carolina history with 557 yards in a game versus Hibriten … had 2,012 yards passing as a senior with 19 passing touchdowns, while rushing for another 1,068 yards and 13 touchdowns on 117 carries … finished with 4,689 yards passing and 2,320 yards rushing with a total of 67 touchdowns for his career.