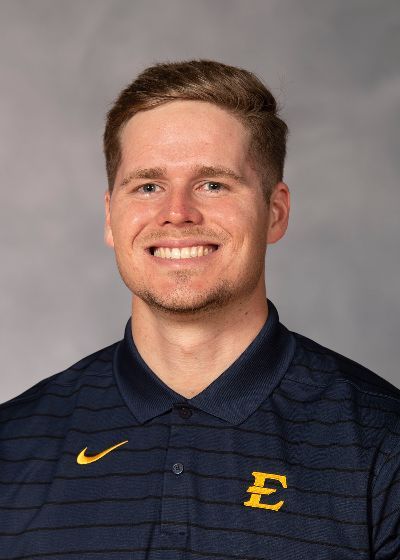 Dylan Lewellyn is entering his seventh season with the Buccaneers. Following a stint as the graduate assistant in 2015, then head coach Carl Torbush promoted Lewellyn to ETSU’s outside linebackers coach in 2016.

In his six seasons as the Bucs’ outside linebackers coach, Lewellyn has coached the likes of Austin Gatewood, Trey Quillin, Blake Bockrath and Colton Lakes. The 2021 spring unit was headlined by Bockrath, Di’Andre Davis and Lakes who finished the season with 38 combined tackles in six games. Lakes led the trio with 18 tackles, while Bockrath concluded the season with 16 and Davis with 14. Last season’s defense led the SoCon in scoring defense, allowing only 18.8 points per game. The rush defense also led the conference, allowing only 114.5 yards on the ground.

Lewellyn has coached Bockrath into being named to the SoCon All-Freshman Team after totaling 57 tackles, nine tackles for loss, 4.5 sacks and one forced fumble in 2017. Bockrath was also named Freshman All-American Honorable Mention by Hero Sports. In 2021, Davis earned SoCon All-Freshman honors under Lewellyn’s guidance.