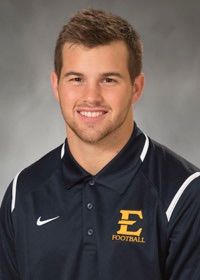 Played in two games for the Buccaneers … Made ETSU debut on special teams in the win over Cumberland and played in the Bucs’ win over No. 18 Samford.