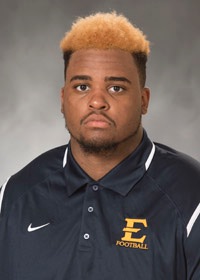 Three-year starter at West Forsyth High School ... Played left tackle and center ... Earned a selection to the Shrine Bowl and was named to the All-Northwest Team ... Graded out at 89 percent during his senior season ... Finished with 30 knockdowns.