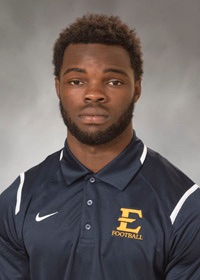 2018 (R-Freshman): Appeared in four games for the Bucs, making his collegiate debut against Furman on Sept. 22 … Recorded two tackles on the season, both against Jacksonville State in the FCS Playoffs on Nov. 24.