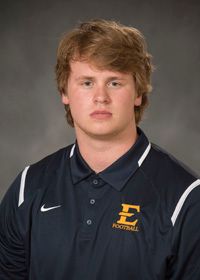 2021 (R-Sophomore): Appeared in five games for ETSU … Helped block for five games where the Bucs eclipsed 200 yards rushing, including 309 in the win over Delaware State … ETSU ran scored 18 rushing touchdowns in the five games played.