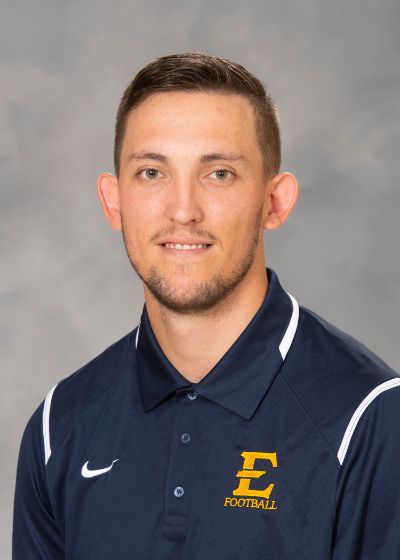 2019 (R-Senior): Named to the SoCon Honor Roll … Appeared in three games on the season with one start in the season opener at Appalachian State … Completed 5-of-8 passes on the season for 29 yards and one interception … Rushed six times for 21 yards.

Previous School
Coastal Carolina
2018 (R-Junior): Played in three games on the season … Completed 2-of-2 pass attempts for 17 yards … Rushed five times for 10 yards on the year … Was 1-of-1 passing for 14 yards and rushed one time for one yard in the road win at Campbell (Sept. 12) … Was also a perfect 1-of-1 through the air for three yards and rushed one time for three yards in the road win at Georgia State (Oct. 27) … Carried the ball three times for six yards versus Appalachian State (Nov. 3) … Named to the Dean’s List for the 2018 fall semester ... Received Sun Belt Conference Commissioner's List recognition for posting at least a 3.5 GPA for the 2018-19 academic year.

2017 (R-Sophomore): Saw action in two games before suffering a season-ending knee injury … First career action came versus Western Illinois … Had three rushes for 22 yards and completed 5-of-11 passes for 52 yards with an interception … Started the game at ULM, but played just one play as he left with a knee injury after a 10-yard rush … Earned Dean’s List recognition in the spring of 2018.

2016 (R-Freshman): Battled for the starting quarterback job in the preseason before having season-ending surgery on his throwing arm … Received Sun Belt Academic Honor Roll recognition for posting at least a 3.0 GPA for the 2016-17 academic year.

High School: A three-star recruit by ESPN/Scout.com and 247Sports.com … Rated the 47th-best quarterback in the nation by ESPN/Scout.com … Named honorable mention AAAAAA all-state and third-team All-Gwinnett County … Completed 158-of-264 passes for 2,309 yards and 24 touchdowns with just five interceptions his senior year … Added 215 rushing yards with four scores … Threw for 4,833 yards and 44 touchdowns with just 13 picks over high school career … Named GwinettSportsReport.com Offensive Player of the Week after leading the Lions to a 49-6 victory, throwing for 325 yards and three touchdowns … Prior to his senior season was rated the top-rated, pro-style quarterback in Gwinnett County and fourth overall in the state of Georgia … Led his team to an 8-4 record as a junior in a region that featured some of the top teams in the AAAAAA classification.