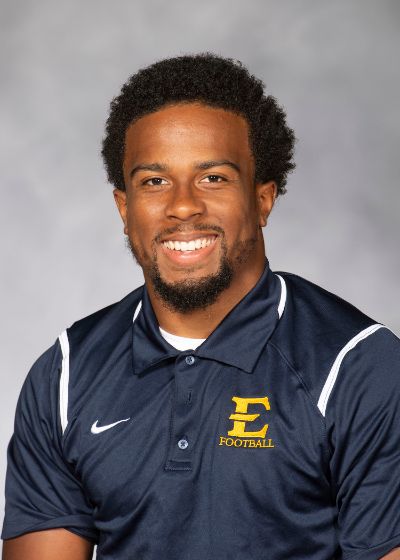 2019 (Junior): Appeared in all 12 games for the Buccaneers … Finished the season with 273 all-purpose yards, including 130 kick return yards on seven attempts … Rushed the ball 17 times for 46 yards and one touchdown on the season, punching the ball in against VMI (Sept. 14) … Completed 3-of-4 pass attempts for 45 yards … Hauled in three receptions for 17 yards on the season … Tallied 12 punt returns for 80 yards, averaging 6.7 per attempt.

Previous School
Army West Point
2017 (Sophomore): Did not appear in any games for Army.

2016 (Freshman): Went 2-of-2 passing for 63 yards and a touchdown at UTEP ... also rushed four times for 14 yards opposite the Miners ... returned one punt for 18 yards at Buffalo ... Ran eight times for 94 yards and a touchdown against Lafayette for his first collegiate rushing touchdown ... Also returned a punt for 18 yards opposite the Leopards ... Returned three punts for 64 yards at Wake Forest ... Long return of 58 yards against the Demon Deacons ... Completed 2-of-3 passes for 13 yards in reserve duty against Notre Dame ... Also ran four times for 28 yards versus the Fighting Irish ... Came off the bench to see playing time in the Heart of Dallas Bowl and had two punt returns.

High School: Earned four letters in football at Science High School ... a four-time all-conference selection as a quarterback ... named all-state twice ... a finalist for Mr. Football ... football team won district championships twice during his four-year playing career ... a three-year letterwinner in basketball ... earned one all-conference mention as a point guard ... also played one year of football at USMAPS and was the starting quarterback.